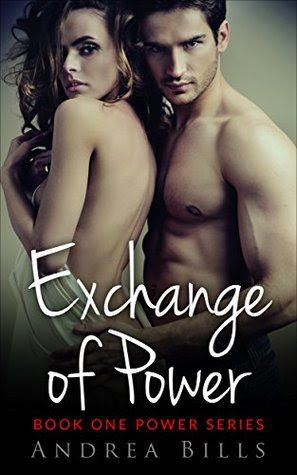 
Hannah Mackenzie is married to the love of her life Nick, and they’re beginning to think of starting of a family when that dream comes to a tragic end with the sudden death of her husband. Just when Hannah believes her grief will consume her, she finds her beloved basset hound Presley and her under attack at their home. When she calls in for help from her and Nick’s lifelong best friend Austin he comes over immediately.
Austin brings with him a truth that betrays everything Hannah ever believed and a very sexy bodyguard Jared Tully. Hannah is dealing with very raw emotions from her past while trying to deal with a very real attraction of the present. When it all comes to blows in ways she never would have dreamed she has to make a decision.
Hannah’s flung into a life she never knew existed along with Jared and Austin while they battle an unknown evil that’s targeting her. When they discover the truth they realize the stakes are high and very dangerous.
This is the first in the Power Series and sets the making for a new series that will be sure to keep you on the edge of your seat.

Goodreads / Amazon
—
EXCERPT:
He turned when he felt her eyes on him, “Like what you see?”
She felt herself blush immediately even though embarrassment was a little late at this point between them.
“I’m allowed to look.” She made her way over to him trying to look coy. She ran her fingers up his arm,” and touch.”
Jared grabbed her and pulled her over to straddle him.
“You’re allowed to do whatever the hell you please.” He sealed the statement with a kiss. When he finally pulled away Hannah was completely breathless. She started to take what there was of his workout shirt off of him when his phone rang. “Screw ‘em. I’ll call whoever it is back.”
“Oh good.” Hannah giggled as he started undressing her. They lips never left each other’s which made the process a little more complicated by fun.
Jared started to plant kisses down her neck as his hands roamed her legs and hips. Just as he was about to take her nipple in his mouth the phone rang again. Jared growled as he laid his head between her breasts.
Hannah held his head there as she let out a frustrated breath, whoever it was wasn’t going to wait. Jared kissed her one last time before he got up to reach his phone. Hannah started to reach for her clothes, but Jared threw a blanket at her.
“This isn’t over I’m going to get rid of them and then finish what we started.” He winked at her as he answered his phone. 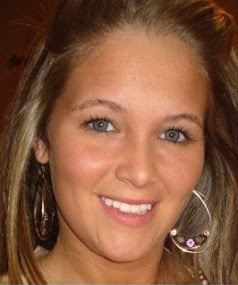 Author Bio:
Andrea spends her time while she's not dreaming up friends and villains alike chasing after her two kids and husband at their home in rural West Virginia.
Her guilty pleasure once the kids are asleep is to read. She reads everything she can get her hands on and then she reads it over and over and over again. Her all time favorite book is secretly tucked away under her bed looking very war battered from the hundreds of reads.
The Power Series is her breakthrough series as an indie author. She attributes her writing skills to her overactive imagination, and her husbands wacky dreams.

So, what have you written?
Currently my only published work is Exchange of Power. It’s the first in my breakout series though so I have the second book, Power Born, already in the works.
Where can we buy or see them?
I am exclusive on Amazon.com right now for the ebook, but you can purchase my paperback other places like createspace.com and Barnes and Noble.
Give us an insight into your main character. What does he/she do that is so special?
Hannah is my main character in Exchange of Power, she is special in her fierceness. She goes through so much with the loss of her husband, and then learning that he was lying to her about a big portion of his life for their entire marriage. She fights to get her life back amongst all the chaos Nick’s death and lies have created, and she also fights for herself and her belief that she deserves happiness. She’s a strong female lead character, but in her story isn’t hers alone and I introduce a lot of characters that will create a main group of characters to follow throughout the whole series. I have so much to tell for each of them, and I can’t wait for you guys to meet the rest of the gang as I like to refer to them.
What are you working on at the minute?
I’m focusing on the second book of this series right now. Like I said Hannah’s story is just the beginning there is so much more to this gang’s adventure. The second book will focus on Austin, as the lead, but the whole gang will still be there right next to him with the addition of a newbie, Nikki.
What’s it about?
The Power Series will more of an epic journey that follows my ever expanding group of characters as they all adjust to this new role that they play in stopping headquarters from creating a highly advanced group of agents for his own personal gain. There are new romances popping up, old romances trying to rekindle, and a lot of suspense as the crew gears up for their ultimate battle.

What genre are your books?
I’m a romance suspense writer with just enough paranormal thrown in there to keep it interesting.
What draws you to this genre?
I love writing romance because we all love a happily ever after. However there needs to be some suspense to it I like a lot of plot twists and loves that fall apart and then come back together I think makes the characters stronger and gives my readers more of a journey than just a ride. The paranormal aspect interests me because it opens up this whole other world that I can play with on top of my already overactive imagination.
When did you decide to become a writer?
I don’t think I ever really decided to become a writer I just picked up a pen one day and started writing. The next thing I knew I had filled my notebook up so I transferred it to my laptop and then just kept going. I have this whole concept in my mind for these characters that feel so real to me that I just need to get it out on paper.
What is the hardest thing about writing?
Letting people read my work!! I know that sounds crazy, but that scared me more than anything. It was so personal for me since it was my first, and I had never done anything like this before that you just automatically assume everyone will hate it and think you’re crazy for calling yourself a writer. I took the leap though and have had some great feedback. I know it won’t be for everyone, and I don’t have near as many panic attacks as I use to when people tell me they want to read my book.
What is the easiest thing about writing?
I love writing. I love bringing my imagination to life, and I don’t try to force it. If the words and ideas aren’t coming to me naturally when I sit down with my laptop then I just simply shut it off and go about my day. It won’t be long before I hear a song that brings my characters to life in my mind and I unravel a part of their story and I’m running for my laptop to hurry up and get the words down.
If this book is part of a series, tell us a little about it?
My series will follow my original group as introduced in the first book; Nick, Hannah, Austin and Jared. This will grow by a few as the group finds love along the way. The group battles their own headquarters once they discover that headquarters has their hands on a wolf gene that will enhance a humans DNA to create super agents so they can charge the government more money to utilize their unit. The problem is the gene hasn’t been properly tested and the guys are apparently up for use as test subjects. Headquarters is also out to eliminate anybody that stands in their way of injecting this gene even if it’s the men’s wives, girlfriends and etc. There’s a whole lot of suspense and drama unwound as it all spirals out of control.