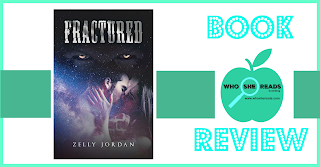 I was sent this book by the author Zelly Jordan based out of Australia.

I had no idea what it was about. I was informed it was her debut book.

*There may be some unintentional spoilers

This is a paranormal suspense romance, told in the pov of Kellan. It has a lot of action, intrigue and mystery along with some sexual angst. For a debut novel it is pretty good. Especially since the author is an indie author and did all of the proofing and editing herself. You know how I love to support indie authors. It didn't grab me and suck me into the story right away, per se, but slowly builds up the connection between the characters and the reader. It was a fun, light read. What I like to refer to as a hollow read, where you are a bystander watching the story unfold as opposed to feeling like you are fully immersed in the story. It's not a long read. There is a lot of dialogue and some thought repetition going on.
This book is better suited for mature readers because of the language and sexual content

So let's meet the characters shall we:

Kellan:  The MC. a cold calculating, driven paranormal who is man, soldier and beast (the jury about just what type of beast is still out) Something has happened to him because the Kellan we meet in the beginning is not the Kellan the rest of the characters in the book know

Charlotte: A kick ass cop with gorgeous cat eyes and ass that Kellan and his beast can't stop thinking about. She claims to be his former girlfriend and has a strong personality except when it comes to him.

The Commander: ???? A voice on the other end of the phone 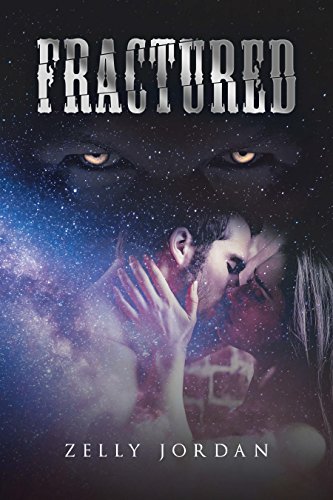 
Apparently, this book is also the first in a series.
I was surprised by that aspect when the book just suddenly ended on a cliffhanger. Yes...a cliffhanger, right when the story was picking up steam.  I had settled down with some snacks and a drink (not just because I like snacks) but because from what I could tell in the first few pages, they had some shit to work out. Like I mean some full fledged back story drama along with what was happening currently. Imagine my surprise when it just ended. I did the equivalent of a double take on an e reader. I kept trying to flip to the next page, I actually turned it over (like that was going to help) and yes I did say What the F*ck!


So I contacted the author. lucky me, I can do that and she did verify more goodness is coming.
YAY!!!
You also get a sneak peek at book two.

First off, I have some questions....
1. Exactly what type of beast is Kellan supposed to be?
The blurb on Amazon starts out...I am many things.
Uh....ok
I wondered if I missed a part somewhere...you know above my head and below my knees.  I assumed he was some sort of large cat because at one point in the book he mentioned that his beast "purred". A sound he was obviously not too familiar with.
plus I am a cat meowmy, so you know, I though there was some kinship.
But his beast seemed vicious like a lycan at some points in the book. Couple that  along with his enhanced abilities,....I don't know...

1.5 He really seemed to struggle with controlling his beast. Why? He's an adult, a soldier...many things
Cause I just had to know, I decided to go search the internet because...you know...if it is on the internet ... (queue sarcasm) I wasn't entirely convinced he was 'born' either. I was beginning to wonder if he was created. If he was born and he was an adult wouldn't he be more in control of his beast?
So in the description on the internet in the seller ranking it says it is listed in the werewolf  genre...
What the absolute Hell!?

The only part of this that may have given it away was the eyes turning golden and the part where he only partially changed. I have read some paranormal books where the werewolves only change their upper half. (honestly I will see if future books make it any clearer.)
There were hints dropped in the lines:"Oh hell no," she growls in a low husky voice, her version of a she-cat........My beast growled back at her -  an elemental recognition of a kindred spirit
...See? sounds like a cat to me. Ooooo....Maybe he is a Were- Cat?

3. Why did Kellan immediately change his level of respect for the voice on the phone? It was like a switch being flicked on as soon as he met Charlotte, not a gradual easing into it like one would expect. You know what I mean, a gradual distrust , then second guessing orders, keeping secrets...and if you are wondering- this was before he got the goodies.

So obviously (and is it safe to say?) Kellan has an ass fetish.
4. What kind of beast watches the booty like that? Or is that mostly Kellan? I don't have an issue with it but it seemed like it was focused on heavily...no pun intended.


ok so
I would say to definitely pick up a copy and join the journey of Kellan and Charlotte. I am anxious to see what happens next and where the adventures go from here. Fractured is a good first book and I can tell that the author's writing chops are going to be un-tethered as the story moves along. Kellan is drawn to Charlotte and if they can survive the action in this book I am looking forward to where this thing between them leads. Not a hundred % sure it will be an HEA but who knows.
oh and the Commander...Don't trust him or her  Kellan! He or she seems a lot sketchy!

There is a ton of action, crass language and Kellan's inner dialogue. (especially with his beast which at times is funny) and some smexyiness! Go back up on this post and click the buy link located under the book cover, read the book and review the author. I am curious to find out what you think as well. You know Who She Reads loves her indie authors so definitely show your love and support and help her out on book 2 if you are a beta reader.

My favorite line:
My inner beast roared in approval
"Shut Up"  I growled in return. Reining both of us in, I made my way as calmly, as patiently as possible to Charlotte's apartment, straining not to speed-warp the entire way


Until the next book my lovelies. So many books - only 2 eyes!