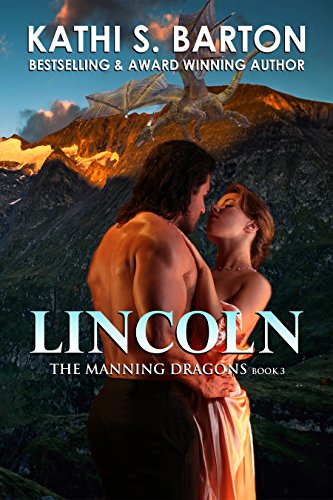 
18+ Erotic Shapeshifter Romance, fantasy romance, paranormal fantasyThe Manning DragonsCooperHudson Lincoln Jorden (Coming Soon)Tristan (Coming Soon)Xavier (Coming Soon)Lincoln figured the new artist in town would be one of their mates. He’d heard she was a real ball buster and thought that maybe she would be Tristan’s mate because Tristan said he couldn’t handle that. But when Ginger introduced him to her sister, Grace, he knew from the moment he touched her she was meant for him.Grace was in shock. Garrett had taken her into his office when the show was still going on and told her that she had all but one of her paintings sold, including the twelve that she’d given him permission to sell. Twice now she’d had to put her head between her knees, which wasn’t easy with the dress she had on, in order to not pass out. Sold all but one? How was that even possible?Lincoln sat at her feet on the hem of her dress. His attempt to to calm her shaky nerves had her about addled, and when Grace suddenly stood, the dress ripped from shoulder to hip. Standing there trying to get herself covered, she felt her temper snap. Now what was she supposed to do?

Catch up on the series