Showing posts from March, 2018
Show all


Words That Kill is a collection of poetry about one's breaking point. Vega's poetry centers on rhyme scheme. Themes included are depression, anxiety, abuse, body dysmorphic disorder, hope, and love. The collection is split into three chapters, Sticks and Stones, which deals with the rise of the Words That Kill, followed with Last Breath, the climax of the breaking point, and lastly, I See the Light, which deals with hope and love surrounding the darkness of the pain

Available in Paperback or Ebook


I Wrote This For You by author Iain S. Thomas
buy now
"The magnificent beauty of I Wrote This For You is quite simply this: the book is elegantly incomplete without you. No one else in the world can read it the way you do. No one." - Matthew E. May (The Elegant Solution, In Pursuit Of Elegance, The Shibumi Strategy)About the Book"I need you to understand something. I wrote this for you. I wrote this for you and only you. …
Reactions:
Read more

Whether drawing on observations in the garden, discoveries about the universe, stories told in paintings, or the lore of minerals and gems, the poems in this volume remain meditations on what it means to be human. They are bittersweet and subtle, conveying as much between the lines as within them.

Available in Paperback or Ebook


The Poetry of Impermanence, Mindfulness, and Joy

Over 125 poetic companions, from Basho to Billy Collins, Saigyo to Shakespeare.

The Poetry of Impermanence, Mindfulness, and Joy received the Spirituality & Practice Book Award for 50 Best Spiritual Books in 2017 by Spirituality and Practice Website.

The poems expertly gathered here offer all that one might hope for in spiritual companionship: wisdom, compassion, peacefulness, good humor, and the ability to both absorb and express the deepest human emotions of grief and joy. The book includes a short essay on “Mindful Reading” and a meditation…
Reactions:
Read more

buy now
Sweet Nothings & a Switchblade is the debut collection of poetry and prose from American author and songwriter Adam Joseph Jensen. The collection explores the experience of love, pain, loss, happiness, heartache, violence and growth as they relate to the human condition and the duality of man. Available in Print 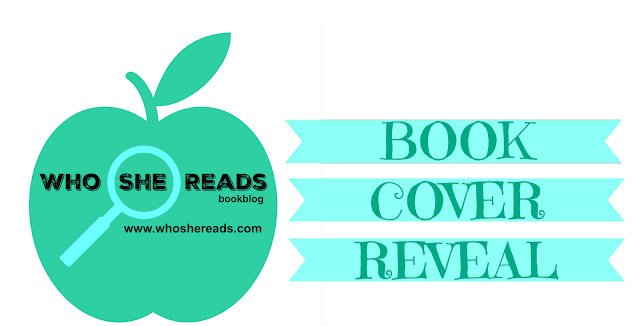 
Publication date: April 24th 2018
Genres: Adult, Contemporary
I want no part of messy emotions, of lust and surrender. But none of that seems to matter to Christos Constantine. No matter how much I resist, no matter how much I fight, he keeps coming after me…and I am powerless.
My pride and strength of will have always kept me safe. The armor I’ve built around me is impenetrable and no one is allowed to see beneath. I’ve kept Christos and the attraction that simmers between us at bay for two long years, but he’s done taking no for an answer.
I don’t think I have the strength of will to resist, but I will not go down without a fight.

Author Bio:
Jennifer Dawson is the author of the popular Something New series; spicy, small town romance released with Kensington, and pens the dark and edgy contemporary romance series Undone.
Jennifer grew up in the suburbs of Chicago and graduate…
Reactions:
Read more


Publication date: March 10th 2018
Genres: Adult, Romance, Suspense
Deva Landry is relieved to be rescued from the MC princess life. But now the angel who saved her is back to collect payment.
The cost? Deva is assigned to babysit bad-boy cage fighter Aleksei Voronov, forcing her back into the murky underworld of Chicago. Prepared for the worst, she’s shocked to uncover a kindred spirit, a wounded soul like hers. Chaos strikes and the two are thrown together on an impromptu mission to stop a city-wide massacre.
Deva’s always prepared for battle, but can she overcome the burning desire for the inked deviant who represents everything she thought she left behind?

Q&A with India Kells
Hello everyone! India Kells here, and so happy to share a little bit of me with you all! I’m a romantic suspense and paranormal romance writer. I love reading and writing, especially crazy stories full of action with incredible alpha males and kickass he…
Reactions:
Read more

Paper Planes by author B. Abbott

buy today
Paper Planes is the new chapbook by B. Abbott, the Boston-based author known for his writings under the moniker of High Poets Society. This short collection of poems explores the ways in which we experience love and everyday change Available in Print


also get High Poets Society B. Abbott the Boston-based writer, whose poems have been featured in the Boston Globe, Your One Phone Call, Scarlet Leaf Review and many other online publications, has found his stronghold in the world of social media under the moniker of @HighPoetsSociety. His writing is most recognized for its mesmerizing rhyme scheme and clever wordplay.

I’ve wanted Fiona for years, but good intentions had me staying away. I’d always seen her as mine, and was pretty damn satisfied when she turned every guy away who came sniffing around her.

And it was because of my carnal need for her that I didn’t touch another woman, that I stayed celibate for Fiona.

When it came to her I was possessive, territorial.

I didn’t just want her in my bed.

I wanted her as mine. Branded by me … bred by me.

And one way or another I’d have her … as my wife and filled with my baby.


Warning: This might be a safe read with a celibate hero and a virgin heroine, but it’s over-the-top filthy in the best baby-making of ways. Grab a contraceptive because reading this might get you pregnant. *wink*


She probably didn’t notice that I saw her watching me. But she was wrong.

I was focused on Fiona just as much as she was on me. I took a step back from the board I was hammering in the framework and walked over to the table set up in the shad…
Reactions:
Read more 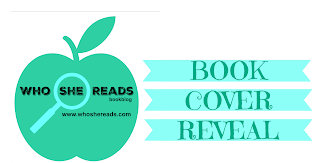 Sabrina: Good guys save the day and criminals go to jail. It’s not rocket science, people.

But then my father’s killed, I’m rescued by a thief, and my worldview is shattered. He takes me to his penthouse. His bed. I don’t have to like it but I can’t help it. His touch is everything a good girl like me shouldn’t want.

Anson: Good and bad mean nothing to a master thief. I take what I want, and what I want is vengeance. No more, no less.

Maybe the girl can help, so I’ll hide her. Protect her. And if I have to manhandle her to keep her quiet, she’ll deal. Hell, she might even like it. But she’ll learn fast that I make the rules.

Jane has been writing since her early teens, dabbling in short stories and poetry. When she married and began having children, her pen was laid to rest for several years, until the National Novel Writing Challenge (NaNoWriMo) in 2010 awakened in her the desire to write again. That year, she wrote her first novel, and has been writing…
Reactions:
Read more
More posts