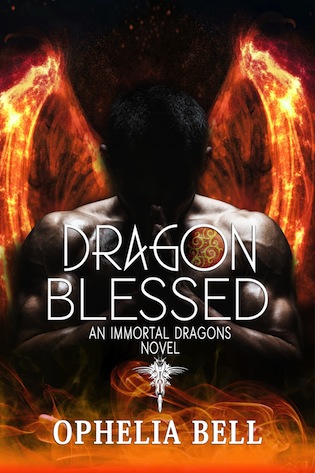 
Dragon-blessed twins Neela and Naaz have waited nearly three thousand years for their chance to awaken their fated dragon mates. On the brink of a war with the enemy who enslaved them, their commander finally sends them to do just that.
But the twins’ mission isn’t called “Operation Wildcard” for no reason. These dragons are unique. Zorion and Asha are the children of the Immortal Blue named Belah; Zorion was sired by none other than The Void himself, and Asha is the product of Belah’s ancient union with the dragons’ former enemy who is now their most powerful champion in the war. These dragons’ powers are unknown, and Neela and Naaz will be the humans to reveal them and recruit them for their cause.
But their true enemy is ever watchful, and when Neela makes a risky decision to reveal her new lover’s powers, things go wrong. It will take nothing short of immortal dragon fire to set things right, and neither twin will emerge quite the same. 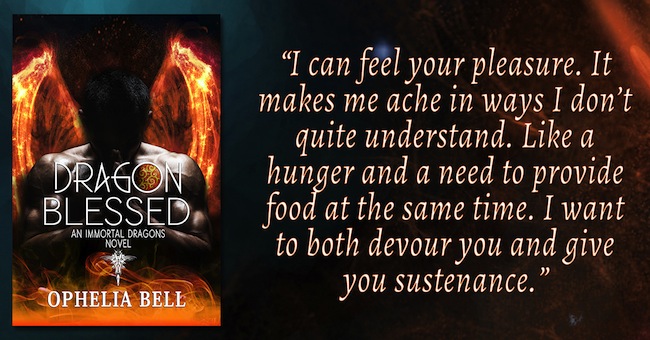 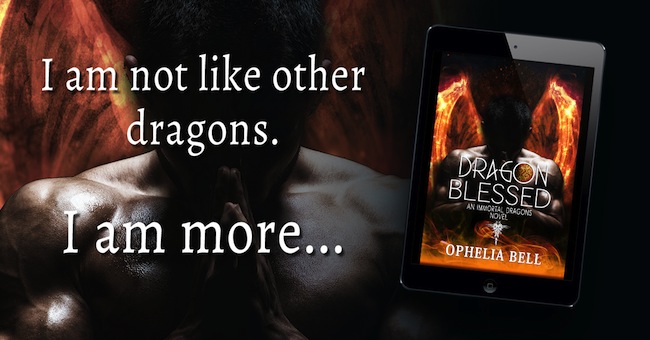 Author Bio:
Ophelia Bell loves a good bad-boy and especially strong women in her stories. Women who aren't apologetic about enjoying sex and bad boys who don't mind being with a woman who's in charge, at least on the surface, because pretty much anything goes in the bedroom.
Ophelia grew up on a rural farm in North Carolina and now lives in Los Angeles with her own tattooed bad-boy husband and four attention-whoring cats.
If you'd like to receive regular updates on Ophelia's publications, freebies, and discounts, please subscribe to her mailing list: http://opheliabell.com/subscribe/