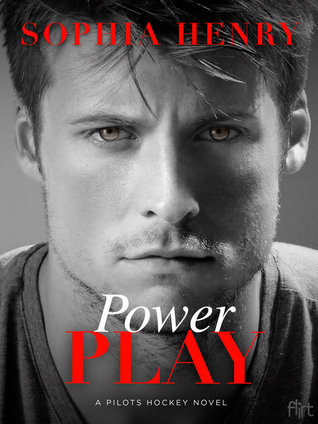 
In Sophia Henry’s blistering follow-up to Delayed Penalty, hailed as “sexy, fun, and full of angst” by L. P. Dover, a good girl and a hockey hunk face off against expectations—and this match is guaranteed to see plenty of action.
Beneath her innocent facade, Gabriella Bertucci has her reasons to be standoffish with guys. Especially guys like Landon Taylor, a star defenseman on the minor-league Detroit Pilots and the object of a serious crush since he first walked into her family’s market. But when Landon comes through for her in a moment of crisis, Gaby starts to wonder if there might be more to Landon than hard muscles and fast skates.
Landon isn’t afraid of telling Gaby that he’s got it for her bad. The problem is, she seems unwilling to believe it. And though Landon enjoys his reputation as a cool-headed athlete, he hates losing—both on the rink and off. It’s his competitiveness that makes him so damn good at what he does . . . but it also makes him just a little bit complicated.
One minute Gaby’s tempted to give in; the next, she’s getting cold feet. How can she trust a guy who’s destined for bigger and better things to stick around? Then again, when Landon pulls her close with those powerful arms, the only thing that matters is right now.

Goodreads / Amazon / Barnes & Noble / iBooks / Kobo
—
EXCERPT:
Intro: Gaby works at a store that Landon’s family have been patrons at for years, so they’ve known each other on a friendly level. In the second chapter, Landon tries to prove to Gaby that he isn’t a stranger. They have a natural, easy way with each other and great banter. This is a scene with a fun exchange between Gaby and Landon. This snippet comes from end of the scene after Gaby grills Landon with questions—all of which he answers correctly.
From POWER PLAY:

“How did you know that?” I glanced past him. A slight movement outside the door had caught my eye, but no customers walked through.
“Told you we weren’t strangers.”
“You’re creeping me out. Seriously.” I thought I held the championship belt for scary stalker. At least I had a reason: Landon Taylor, my vote for sexiest man alive and hottest hockey player in the AHL. But there was no reason for him remember random facts about me. “I’m not—anything.”
“Or maybe you’re everything.”
“What?” My brain didn’t have the capacity to wrap itself around everything going on right now. My dad had a heart attack. My crush alludes to me being everything—whatever that means. Can’t think. Storage limit maxed out.
“I pay attention when it comes to you, Gaby.”
“But why?” Surreal couldn’t even begin to describe this moment.
“You were my first kiss.” After sprinkling that confusing seed in my head, Landon spun around and walked out. Through the front window, I watched him thread his fingers together behind his head and raise them toward the clouds in a stretch as he disappeared from my line of sight.

Author Bio:
Award-Winning Author, Sophia Henry, is a proud Detroit native who fell in love with reading, writing and hockey all before she became a teenager. She did not, however, fall in love with snow. So after graduating with an English degree from Central Michigan University, she moved to the warmth of North Carolina for the remainder of her winters.
She spends her days writing books featuring hot, hockey-playing heroes. When she’s not writing, she’s chasing her two high-energy sons, watching her beloved Detroit Red Wings, and rocking out at concerts.
Sophia's writes heartfelt and flirty fiction for readers who love the Mature Young Adult and New Adult genres. Check out her emotional and engaging Pilots Hockey series from Random House Flirt.