Gabriella Mitchell is a fighter.
She fights to keep her family together after her parent’s divorce.

She fights to keep her siblings safe and in school.

She fights because it’s the only thing keeping her sane.
Stumbling across an underground MMA fight ring in Sydney, her blood roars as she watches the ruthless Hayden “Hooligan” Harvie with floor of the octagon with his latest opponent.
Gabriella decides she wants to fight professionally; to support her siblings with her fists…and she wants Hooligan to teach her.
Hooligan doesn’t think girls should fight. Especially young, pretty ones he’d love to have warming his bed for a night or two…if only he could silence his conscience long enough.
Every couple needs to fight for their love at some stage, however, with two stubborn hearts at stake, a happy ending for these two will require an all-out BRAWL. 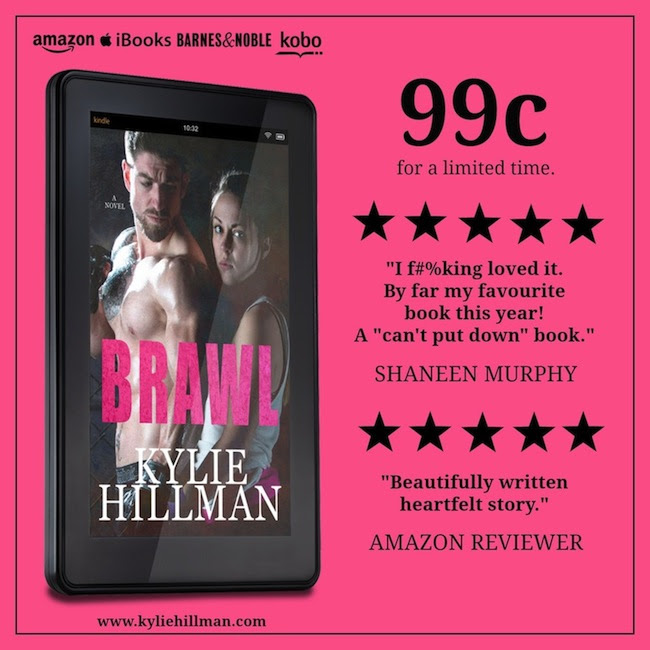 —
EXCERPT:
HOOLIGAN
“Touch gloves,” I command. They do as they’re told before stepping back from each other. “And. Fight.”
Jep doesn’t waste any time. He goes for the easy takedown, aiming at Gabbi’s waist and trying to wrestle her to the ground. It’s a good move, one that I don’t expect her to be able to counteract. He easily outweighs her—almost by double, I’d guess.
What I didn’t count on, and neither did Jep by the looks of things, is Gabbi swinging onto his back and locking her right arm under his chin. Using her left arm for leverage and locking her legs tight around his waist, she pulls tight using a rear-naked choke that’s going to have him tapping out swiftly if he can’t find a way out of it.
He swings around wildly in an attempt to dislodge her. It’s ineffectual. Gabbi clings to him like a backpack. I know what I would do in this situation but I’m not sure if Jep has the killer instinct needed to do it to a girl. If I was him, I’d throw myself on my back and use my superior weight against her. There’s little chance of her maintaining her chokehold while she deals with the weight of a fully-grown man crushing her.
“Yes.” Nate punches the air. “Choke him out, ninja girl.”
A feral growl can be heard coming from his best-friend in response to his cheering. Nate smiles at me when I glance his way, smug-satisfaction evident. Gabbi must sink her hooks in deeper because Jep’s face starts to change color. With pure desperation showing in his expression, he throws himself on his back, trapping Gabbi between his body and the canvas.
I expect her to let go of him so she can tap out. The crazy girl doesn’t; instead she absorbs the impact without making a sound and sustains her tight hold. My pulse pounds in my ears as my desperation for Jep to win increases. All hope of succeeding at this stupid game I’m playing leaves me, when I witness Jep’s hand frantically tapping on the arm Gabbi has locked under his chin seconds before his eye’s roll back in his head. He succumbs to his lack of air supply and loses consciousness.
“Time. Time.” I call, rushing forward to roll Jep’s unconscious form off Gabbi. Nate and two other members jump the ropes and make their way into the ring to assist me. They deal with Jep, rousing him and making him talk to them once he’s come to, while I grab Gabbi’s hands and pull her back on her feet.
She’s unhurt; a sheen of sweat that covers her smooth skin and a rapidly rising and falling chest the only outward signs that she’s just exerted herself. Well that, and the giant shit-eating grin that’s on her face.
“I won,” she breathes the words as if she can’t quite believe them herself.
I know I can’t. This isn’t how this was supposed to go down.
“So when do we start, Coach?”
The logical part of my brain wants to scream “never”, while the part that’s strangely turned on from watching this girl use a technique I’ve used on my opponents many times to subdue a man twice her size, is yelling at me to tell her “right fucking now” so I can take her in the locker room and bend her over in the shower, making my fantasy from the other night a reality.
Letting go of her hands in an attempt to resist the overwhelming urge I’m having to pull her closer, I take a step away from her.
My displeasure is evident on my face and in my voice when I answer her.
“Tomorrow. We’ll start tomorrow.” 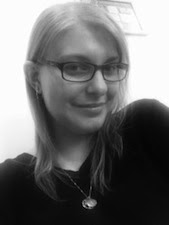 She’s also an avid tea drinker, a connoisseur of 80's/90's rock music, and is known for lacing everything she says with sarcasm and inappropriate innuendo.
Formerly working in finance, she was forced to reevaluate her plans for her life when severe Crohn's Disease brought her corporate career to a screeching halt. Restarting her childhood hobbies of writing and reading to alleviate the monotony of being sick and housebound, she found her calling and is enjoying life to the max. A typical day is spent in the "real" world where she hangs out with her awesome family and "book" world where she gets to chill with her fictional characters.
Kylie writes the books she wants to read. A lover of strong men who aren't perfect and aren't afraid to admit it, straight talking women who embrace their vulnerabilities, and real life gritty stories, she hopes these themes shine through her writing. An avid reader of all genres, Kylie hopes to release books that keep the reader on the edge of their seat- be it with suspense, romance, or laughter.

I keep getting asked why I decided to write such a sweet and emotional story like Brawl in the middle of my dark and gritty Black Shamrocks MC series.

The answer is two-fold. I was inspired to write this story a) because the characters wouldn't shut up and b) because I saw a post by a fellow author talking about slut shaming of female characters and why it's okay for the hero to be a rampant manwhore but the women have to be pure as driven snow. In books, any woman who owns her sexuality is usually labelled as easy or a slut and held up as the negative foil to showcase the purity of the heroine.

Out of that discussion, Gabbi and Hooligan were born and the MMA idea I had percolating at the back of my head about a girl fighter took flight with them. I'm a huge UFC fan—my husband and I try to go to every fight that comes to Australia—so making Gabbi a girl fighter in addition to a strong woman who makes zero apologies about the fact that she enjoys sex was a natural extension of my original idea. Having Hooligan struggle with survivor’s guilt, and in turn, having not had sex for three years was the icing on the cake that threw the usual manwhore hero/virginal heroine trope on its head.

Writing a strong female character like Gabbi was immense fun. I thought she was going to rub readers the wrong way with her acerbic tongue and her (in her words) twin hobbies of fighting and f*cking at such a young age. The positive reception she's received shocked me until I really thought about it. She may be young; but she represents a lot of things that woman feel they need to apologise for—enjoying no-strings attached sex with multiple partners and being vocal in our desire to get ahead in life without a man’s help.

Finding a way to keep Hooligan in touch with his innate "alpha-ness" while he struggled with survivor’s guilt was tricky. There's a fine line between a wishy-washy hero who turns readers off and one who is still able to take charge and go after what he wants despite his reservations and the pain he's carrying. Throw in the significant age gap and Gabbi's typically "male" response to their initial connection, and the poor man was left with quite the conundrum.

Survivors guilt is a condition that afflicts more people than we realise. To be the one left behind, to be the one who has to move on without the person you were expecting to spend the rest of your life with is one of my biggest fears and I imagine it is for a lot of us. Hooligan has locked himself away—physically and mentally—in response to his loss, refusing all support offered to him, and burying himself in his job. Gabbi has channeled her disillusionment with life into anger and hatred, as well as looking after her little brother. Their A-typical reactions to their individual trauma makes for an emotional roller coaster for both of them—and the reader. It's also why I was driven to write a story that's so different to my previous work.

A broken and angry girl fighter and a heartbroken man who's lost everything finding love with each other if they can overcome their own preconceptions of what a happy ending entails. It’s unusual, completely different to the usual love story, and compelling all at once. What's not to love about that?
GIVEAWAYS!