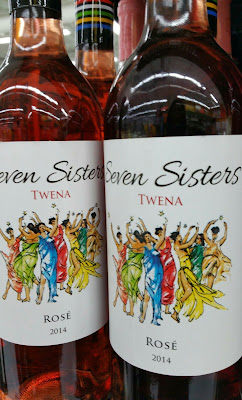 The climatic diversity of the Breede River valley, akin to a Mediterranean climate, influences the Seven Sisters wines with summers being hot and dry. Temeratures averaging 30°C, sometimes peaking at 40°C on the hottest of days, makes irrigation essential. Winters are generally colder than in the Western Cape’s more coastal regions, allowing the vines to achieve proper dormancy. Rainfall is largely contained to the cold winter months, when vines are dormant and can store up resources for the growing season. The average annual precipitation is generally below 400 millimetres (15.75 in).
Soil types are varied. Surrounding the river, they are mainly alluvial, with some sandy loam. Higher in the mountains, they are more rocky and stony. Shale and sandstone are dominant in Worcester, while Robertson’s red, gravelly soils benefit from pockets of limestone, which add a chalky minerality to the vines grown there.


The book selection is The Seven Sister: A Novel by Lucinda Rey available October 6

The first book in a major new series from #1 internationally bestselling author Lucinda Riley, author of The Midnight Rose—hailed as “an extraordinary story [and] a complex, deeply engaging tale filled with fascinating characters” (Library Journal).

Maia D’Apliese and her five sisters gather together at their childhood home, “Atlantis”—a fabulous, secluded castle situated on the shores of Lake Geneva—having been told that their beloved father, who adopted them all as babies, has died. Each sister is handed a tantalizing clue to her true heritage—a clue that takes Maia across the world to a crumbling mansion in Rio de Janeiro, Brazil. Once there, she begins to put together the pieces of her story.

Eighty years earlier in the Rio of the 1920s, Izabela Bonifacio’s father has aspirations for his daughter to marry into the aristocracy. Meanwhile, architect Heitor da Silva Costa is devising plans for an enormous statue, to be called Christ the Redeemer, and will soon travel to Paris to find the right sculptor to complete his vision. Izabela—passionate and longing to see the world—convinces her father to allow her to accompany him and his family to Europe before she is married. There, at Paul Landowski’s studio and in the heady, vibrant cafes of Montparnasse, she meets ambitious young sculptor Laurent Brouilly, and knows at once that her life will never be the same again.

In this sweeping, epic tale of love and loss—the first in a unique, spellbinding new series—Lucinda Riley showcases her storytelling talents like never before. 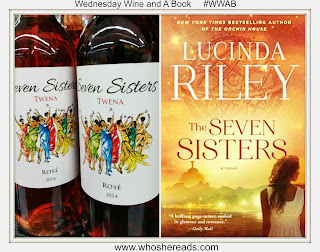