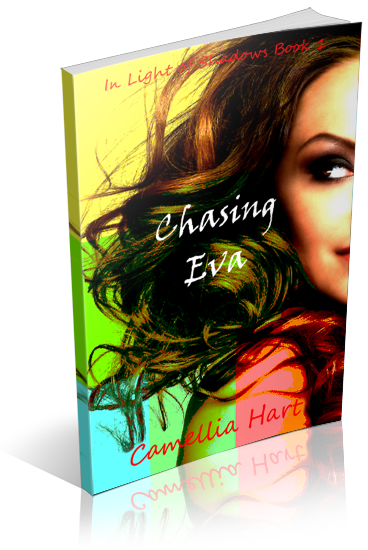 Author Camellia Hart’s debut contemporary romance novel about a man and a woman whose lives are about to get sizzling hot…
After living through her share of disloyal relationships, Evangeline Avery will be damned if she lets another man cheat her. A beautiful and confident woman, Eva is the owner of an interior design firm at the brink of collapse. She swears to bring her company back to its past glory, even if it involves sweet talking the one man who caused this turmoil in the first place – Clive Stanton.
Notorious playboy Clive Stanton is a powerful businessman and a formidable enemy of many. He doesn’t do love, or at least not until he meets her again, fifteen years after he saw her last. Eva, his crush from teenage years, the one that got away, is back in his world and he is determined to do anything to make her his.
Will passion and lust bring them together or conflict and the unforgettable scars from their pasts forever tear them apart? 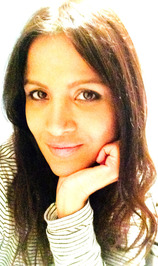 AUTHOR BIO:
Camellia Hart, a techie turned author of romance, lives in San Francisco with her husband, the love of her life. Other than writing her next romance novel, her hobbies include traveling, lazing on a beach with a good read, watching movies with happy endings while gorging on endless buckets of popcorn, red wine, and champagne truffles.
Camellia's Official Website: www.camelliahart.com

…We cherish our unwavering partnership…blah, blah, blah…we regret to inform you that we are terminating our contract with S. F Designs… Thank you for your exceptional service…

"But why?” Confused, she looked at her uncle.
"They don’t say.”
She brought her gaze back to the paper she held in her now shaky hand. Her father had launched S. F. Designs the same year she was born. Through the years, the company had progressed from a meager garage start-up into a high-end corporation. She thought back to the day the company set up shop on this thirty-seventh floor. She’d only been five years old then; cars and people had looked like moving toys from the windows of her father’s office.
Several years later, her dad had met Clive’s father, then owner of Stanton Enterprises. Sharing similar stories of struggles in the initial years of their businesses, they took an immediate liking to each other. Their companies had been in partnership ever since.
Her father had a contract to design all of Stanton’s spas. The tone of the contract was informal, allowing each company the freedom to terminate at any time without any legally binding implications.
Stanton Enterprises had benefitted hugely from this partnership. Their Spa interiors, designed by her father’s firm, provided unparalleled tranquility and privacy, and had become hot spots for celebrities.
The partnership had positively propelled her father’s firm into the public eye. Within a year of designing their first spa, his team had been featured in several magazines for their superior and innovative renderings. Soon his was the number one firm in the state for designing luxurious living.
She’d imagined this streak of good luck would go on forever. Although there had been recent rumors of aggressive changes to Stanton’s business strategy, that they would end their partnership with S. F. Designs had never crossed her mind.
It wasn’t even nine in the morning. How could things have gone so wrong already?
Stanton Enterprises was the fifth company pushing to sever ties with them this month. Her firm had committed to providing services to Stanton and only a few other firms for the rest of this year. Unless they were able to find another viable customer, losing this contract would plummet her firm’s projected yearly profits.
Eva called Tina on the intercom and asked to set up an immediate meeting with Bryan Austin, the Director of Design at Stanton.
Her first impression of Bryan Austin had been that of a man who was trying too hard. He was a tall, athletic man with dark hair, each and every strand painstakingly set to perfection. He was relatively young-looking for a corporate executive, and could almost second as an owner of a swanky night club. With that came a moody attitude, his face mostly expressionless and a pre-meditated response of rejection toward any offerings her firm made to Stanton.
Except on one occasion last week, when Eva’s team had suggested Stanton should switch to environmentally friendly options while staying along the lines of their signature designs.
Eva liked the proposal from her team; to her, any concept that benefitted the planet had a nice ring to it. The thought that her firm could be a part of a green world made her feel at peace, as if she were in an organic garden, picking fragrant herbs for her next entrée invention.
To her surprise, at first Bryan was on board with the idea. However, his enthusiasm seemed to have waned within the last two days. His team had returned with a strong no, we’re sticking to tried and tested methods for now response. Eva had further questioned Bryan, but he’d responded with minimal substance and candor, leaving her baffled about this matter more than before. Worry about your own company, Miss Avery. Leave the worrying about Stanton to me.
As she stared at the notice she held, she began to suspect he had known about the contract termination all along. Whatever the reasoning behind his decision to send them the termination letter, convincing him to reverse his decision would be quite a feat. Burdened by a heavy, sinking feeling, she slumped down into the empty chair across from her uncle.
Silence ensued for several long moments as Eva contemplated the repercussions this change would bring upon her firm. And then she heard a slight knock on the door. It was Tina.
"Miss Avery, the earliest the Stanton team can meet is at two o’clock tomorrow.”
Eva sighed. And so it begins, the countdown toward impending war. She took one last look at the letter in her hand. She had a day and a half to prepare for the brunt of the discussions that would follow when she met with Stanton. And she’d be ready. Bring it on. 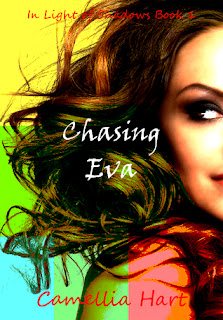 this blitz sponsored by 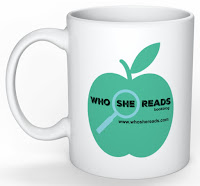