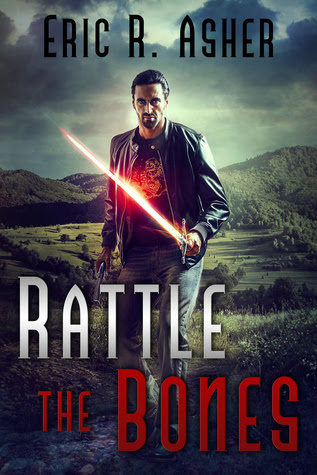 
Much has been lost in the conflict with the Fae king and his allies, a conflict we hadn’t known we were in until one of our own fell at his hand. And while a great Seal between realms may have been rebuilt, dark things slipped through in the chaos, creatures who would overrun this world. Our allies are many. Our enemies are terrible. And someone ate my last chimichanga despite the fact I had marked it with a note that clearly said it was mine.

Goodreads / Amazon / Barnes & Noble / Kobo / iBooks
—
EXCERPT:
“These are the best effects I’ve ever seen,” an older girl said, maybe a teenager or just out of those awful years. “It feels like stone.”
“Momma says all the people in that shop love Satan,” a little boy said.
“I have lived enough millennia to know evil,” Aeros said. “Despite any transgression those people may have committed, they are benevolent.”
A woman on a bench nearby started fidgeting. She either didn’t realize Aeros was with us, or she thought this was all for fun.
“You have him talking to people?” Edgar said. “They think it’s a show?”
“Some of them,” Zola said as she turned and lowered her voice.
“And not an advertising gimmick?” I asked. I raised my voice. “Maybe we should hang a sign around his neck, could get some extra business.”
The Old God turned to look at me. I was fairly certain he had a few choice words for me, but he kept them to himself. There were kids present after all.

Author Bio:
Eric is a former bookseller, cellist, and comic seller currently living in Saint Louis, Missouri. A lifelong enthusiast of books, music, toys, and games, he discovered a love for the written word after being dragged to the library by his parents at a young age. When he is not writing, you can usually find him reading, gaming, or buried beneath a small avalanche of Transformers.