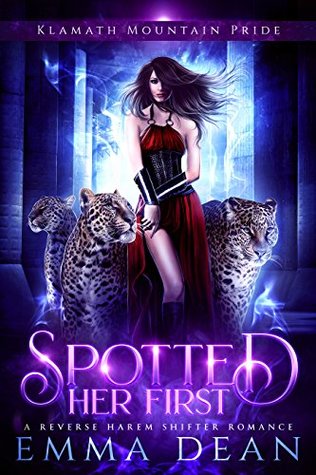 
Three hot leopard shifters? Yes please.
Piper is a librarian at Sacramento State working on her graduate thesis, but her quiet life turns upside down when three hot guys literally crash into her world. They move into her house and her life, telling her she’s wanted by a demon and a witch for her pharaoh’s blood. She just didn’t realize how much they would take over her life in the name of protecting her.
Piper is overwhelmed by the paranormal world and everything in it, including the fact that somehow all three of these guys are her mates. She has two weeks to find a way out of a demon contract and figure out how she’s going to deal with all three of these domineering shifters in her life and in her apartment. Will Piper be able to save herself and the pride she’s grown attached to before it’s too late?

Author Bio:
Emma Dean lives and works in California with her husband and son. She loves romance but needed something different so Draga Court was born. With too many stories to write the schedule has been filled through 2018.
When she’s not writing she’s reading, or spending time with her family.

With publishing now at least she has an excuse for not folding the laundry ;)

Suddenly there was air again and she could breathe. “What the hell?” Piper never cursed. Ever. Her dad had always been strict about it.
“I’m sorry about that,” the security guard said with a wince. “I always forget about the air thing.”
Piper turned around to glare at him, but was so surprised she blinked and froze in place instead. The security guard was no longer a security guard. His face was still just as inhumanly gorgeous as before, but he wore a grey suit that was impeccably tailored and probably cost more than her car instead of the uniform she’d seen him in.
“I’m Eisheth,” he told her, eyeing her from head to toe.
It made Piper feel a bit self-conscious. She looked down at her comfortable flats and the flowy skirt that went down to her knees. Her belt accentuated her small waist and the button down shirt was crisp and white. She’d rolled up the sleeves to her elbows, but otherwise she wore what she normally wore. It was professional, comfortable, and practical.
“Well, what exactly did you just do to me?” she demanded, checking his arm for blood, but there was nothing. It was as though she’d never bitten him down to the bone from what she could tell.
The shock of their new location and too many strange things not adding up had her confused and not quite sure how to respond. She’d been ready to lose it and now she was just…numb. Was this even real? Suddenly she felt dizzy. Piper sat in the nearest chair and then realized she was in some kind of penthouse. She leaped up and looked around at the posh space.
“Please explain,” Piper gritted out, turning back to Eisheth.
He grimaced and Piper crossed her arms over her chest.
“You have to understand. I was summoned. There’s nothing I can do about it once I’m called. I’m under contractual obligation by the universe. If someone knows my full name they can summon me for a favor.”
“Summon?” she asked faintly, dropping into the chair again.
Why was he talking like something out of Buffy?
“Yeah, can I get you something to drink?” he asked, tugging at his sleeves until they were just so.
“Something with alcohol,” she said meekly.
Too many strange things. It was all starting to add up, but not in a way she could wrap her head around.
Eisheth poured her something with a smell that made her eyes water and handed it to her. Piper drank it down without question. She knew she needed it no matter how much it made her cough. “How can you be summoned?”
Eisheth studied her over the rim of his glass. “I’m a demon, sweetie.”
“Right, of course.”
“I’m pretty sure that bastard Forneus has been giving out my name like party favors. That’s the last time I play poker with him.” Eisheth glared at nothing in particular, but Piper couldn’t look away from him.
He was charming and handsome in the way that most clean cut men were. His hair was a gentle brown with tons of little tiny curls. His skin was nice and tanned, but it was his sharp jaw and dark brown eyes that made him attractive. Even though he was physically beautiful with muscles even the suit couldn’t hide, he made her nervous. Nope, not just nervous. This guy freaked her out.
He was a demon.
A flippin’ demon.

Read a BONUS EXCERPT below

The doors to the library swung wide open and Piper jumped at the sudden sound. She checked her watch with a frown. No one came in this late to the library on a Friday night.
“Are you sure this is the right place?” someone asked. He sounded…like velvet and brandy.
It was the stupidest thought Piper had ever had in her life and she’d certainly had some doozies. But there was no better way to describe the soft male voice that seemed to drift through her library like smoke.
“The witch said it was,” another man said. These voices were definitely not the boys she was used to. They were deep, gruff, and somehow sensual.
Piper frowned at the word ‘witch.’ Moving silently through the stacks Piper positioned herself so she could see who was in her library so late at night.
“I’m going to find her first,” one taunted.
“Oh no you aren’t, I am.”
“You’re mistaken if you think either of you are faster than me.”
What the heck were they talking about? Whatever it was she didn’t like the sound of it. Either they were searching for one of the students…or her. Neither sounded very safe. Piper cursed herself for being so far from her desk and the taser she kept in her purse.
Slowly she moved deeper into the shadowy stacks, keeping to the back. She just wanted to get out of the library without any confrontation. She didn’t know what these guys had planned, but she wasn’t stupid enough to wait and find out.
At least there were multiple exits. Piper pulled her phone out of her pocket and made sure it was on silent. She could text security but her dad would be there faster. She sent off a quick text and asked him to come to the library. It was difficult to ask him to come pick her up early without setting off his panic. But his patrol was in her area. It was the safest way.
Piper may not have anything on her person to defend herself with, but her dad had always said anything could be a weapon. She grabbed the heaviest book she could find in hardback. It wouldn’t do much but it would disorient an attacker.
So many years of self-defense classes and days at the gun range that she’d absolutely hated. Her father had insisted. Piper had never been so grateful for Dad’s bullheaded insistence in her life.
The voices stopped suddenly and Piper went still, cocking her head to try and figure out where the men had gone off to. The library was massive. They could be anywhere.
“Spotted her first, boys. I win,” a deep, rolling voice said from directly behind her.
Piper gasped and whirled around. The man before her was definitely like no one she’d ever seen before. Well, not in real life. He looked like he should be a model with his jade-green eyes and tanned skin. His blond-brown hair was thick and gorgeous, but it was his presence that had her captivated.
Then her senses came back to her. Piper hurled the book at his face as hard as she could and let out a little screech. 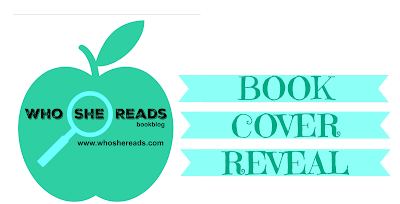 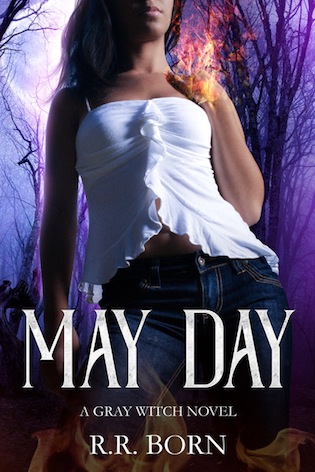 
Ari Mason is a shunned and exiled witch. She works as a bartender and reads tarot in the park. Neither of which requires her brand of black magic. Which is how she likes it. Ari’s powers have always left a trail of death and destruction in her wake. Now, she’s on a path of altruism, and by using herbs and positivity in her spells, instead of blood, she can help those around her.
As the temperature rises in Houston, so does the body count. But these aren’t regular murders, someone is using old magic to take out humans and witches.
Ari realizes that any witch is fair game and sends out a call for black magic and white magic witches to unite. They must put away old stereotypes to fight this ancient evil if any of them plan on making through this Beltane alive.

Author Bio:
I started writing short stories in fourth grade and continued to write screenplays & make short films while in film school at Long Island University. I worked as a Production Coordinator on court TV shows like Judge Alex & Cristina’s Court and has worked as a Second Assistant Director for local commercials and various cable shows. I worked many years in television, but never stopped writing. Never without a pen and pad, stories were always being composed. 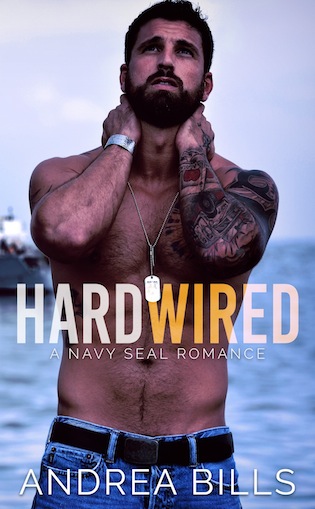 
When Navy Seal Operative Luke Kiersey is finally granted leave after five years, he finds himself driving to a house he doesn’t recognize in a town he’s never been to. The house is home to a beautiful woman and a little girl with big blue eyes. Day after day, he drives back only to hide in the shadows and wonder why he can’t seem to walk away from them.
His therapist says is PTSD.
His handler tells him he’s just not cut out to be part of the civilian world.
Luke can’t help but feel like it’s more.
The dog tags that once hung proudly around his neck, now feel like a collar; leashing him to a life that he fears he didn’t choose. After the terrible things he’s done in the name of freedom, could he possibly be worthy of something as precious as the woman and child he continues to watch?
When the two worlds collide, Luke needs his mind to be stronger than the implant the government placed in his back. They’ve told him he can’t survive without the implant they use to control him, but Luke’s wondering if he can survive without the little girl with big blue eyes and the gorgeous woman she calls mamma. 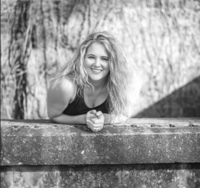 Author Bio:
Andrea is a wife, mother and writer from small town West Virginia. She spends her time while she's not dreaming up lovers and villains alike chasing after her two kids and husband.

Her overactive imagination and her husband's wacky dreams attribute to her love of the written word. Guilty pleasures include reading all night and Reese Cups.