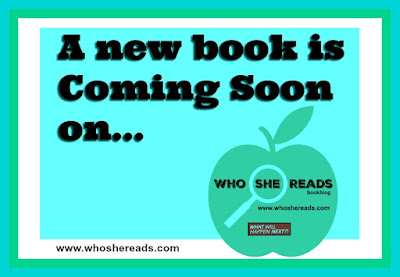 The Internship of Pippa Darling by author Stephanie Keyes

Romance and blarney abound off the coast of Ireland as a sexy, yet snarky, bestselling author mentors a grad student with a no-filter personality and a dreamer’s soul.

New York Times bestselling author Finn Burke might be sexy as hell, but his book is a depressing hole of darkness. Which is why grad student Pippa Darling almost refuses his offer to intern for him in Ireland. The thing is, Burke can give her something she can’t achieve on her own: a possible ticket to literary success and a way out of her summer housekeeping job at Dad’s B&B. And who knows? She might learn something, even if Burke can’t compare to her favorite writer—the mysterious James Black.

Finn Burke is a revision addict, to be sure. Nothing he writes today will ever be as good as what he might write tomorrow. His second book was a runaway bestseller, but it’s his failed first book he’s most afraid of repeating. With his agent’s drop-dead submission date of September 1st approaching and nothing written, he needs an intern to help him get organized. But when Pippa Darling shows up, with a bloody James Black book in hand, no less, all his plans go straight to hell.

The more time Finn spends with Pippa, the more she’s the one influencing his writing, and soon he faces an even bigger struggle within himself: let go of his painful memories or remain stuck in the past. As Pippa fights her growing attraction to her mentor, she discovers Finn’s not everything he seems and bestseller lists aren’t all they’re cracked up to be. 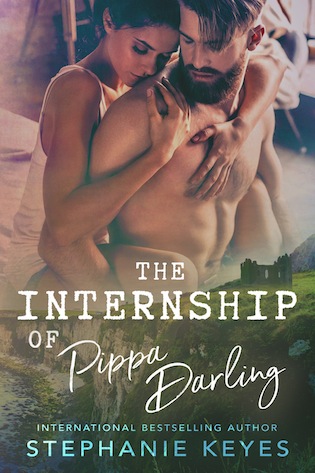 
Grad student, Pippa Darling, is thrilled when she’s chosen for a summer writing internship at Tèarmunn Castle in Ireland, but devastated when she learns it’s with overnight sensation, Finn Burke. The previous authors who’ve worked with him have gone on to receive tremendous book deals. But how can she get excited about working beside an author whose book she hates, especially when no one can compare to her favorite writer, the elusive James Black?
Finn Burke believes in giving back, which is why he’s chosen one student from his alma mater as an intern every year since his debut novel hit the NYT bestseller list. When Pippa arrives at his castle-in-progress off the coast of County Donegal, Ireland, he kisses her, then fires her. Yet, with no one else to fill in on short notice and a looming deadline, Finn has to keep Pippa on—even if it means keeping secrets.
When the critique sessions intensify, tension builds between the pair. They’re driven into one another’s arms. Yet, when Pippa discovers what Finn’s been hiding, will it bring them closer or break them apart? 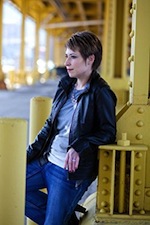 Author Bio:
Stephanie Keyes is the author of the YA Fantasy series, The Star Child [Inkspell Publishing], which includes The Star Child, After Faerie, The Fallen Stars, The Star Catcher, The Last Protector, and A Faerie Wedding. In 2016, Inkspell compiled The Star Child novellas into the paperback, Into Faerie: The Star Child Novellas. Her work also appears in the compilations Can't Buy Me Love, Moonbeams and Magic, Blood In The Shadows, and the international bestseller, Ever in the After: 13 Fantasy Tales.
Ms. Keyes has presented and facilitated courses throughout the US and the UK. In addition, her work has received multiple commendations, including the following: 2015 BTS Magazine Reader's Choice Awards Finalist, 2014 Dante Rossetti Young Adult Novel Awards—Mythological Category—First Place, 2013 Kindle Book Awards Semi-finalist. Keyes was also selected as a 2015 Rutgers University One-On-One Plus Conference mentee. She's an active member of the Society of Children's Book Writers and Illustrators and Pennwriters.
When she's not writing, Keyes is an adjunct faculty member at the Community College of Allegheny County (CCAC). She also works as a freelance graphic and instructional designer.
She lives in Pittsburgh, Pennsylvania with her husband and her boys, Hip-Hop and Bam-Bam, and dogs Duncan MacLeod and Princess Riley. Steph is a hopeless romantic and Whovian who's shamelessly addicted to Nutella and spontaneous singing. 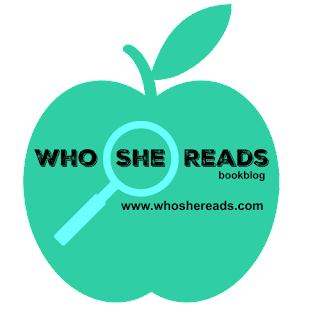