A Blade So Black by author L. L. McKinney 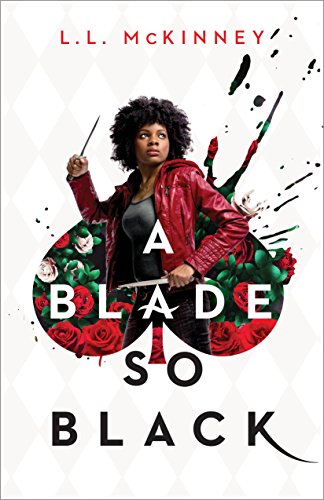 A Blade So Black delivers an irresistible urban fantasy retelling of Alice in Wonderland . . . but it's not the Wonderland you remember.
The first time the Nightmares came, it nearly cost Alice her life. Now she's trained to battle monstrous creatures in the dark dream realm known as Wonderland with magic weapons and hardcore fighting skills. Yet even warriors have a curfew.
Life in real-world Atlanta isn't always so simple, as Alice juggles an overprotective mom, a high-maintenance best friend, and a slipping GPA. Keeping the Nightmares at bay is turning into a full-time job. But when Alice's handsome and mysterious mentor is poisoned, she has to find the antidote by venturing deeper into Wonderland than she’s ever gone before. And she'll need to use everything she's learned in both worlds to keep from losing her head . . . literally.
Debut author L.L. McKinney delivers an action-packed twist on an old classic, full of romance and otherworldly intrigue. 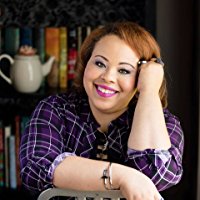 L.L. McKinney, is a poet and active member of the kidlit community. She’s an advocate for equality and inclusion in publishing, and the creator of the hashtag #WhatWoCWritersHear. She’s spent time in the slush by serving as a reader for agents and participating as a judge in various online writing contests.

Elle's also a gamer, Blerd, and adamant Hei Hei stan, living in Kansas, surrounded by more nieces and nephews than she knows what to do with. Aside from rockin' the Favorite Aunt thing, she spends her free time plagued by her cat--Sir Chester Fluffmire Boopsnoot Purrington Wigglebottom Flooferson III, esquire, Baron o'Butterscotch or #SirChester for short--or defending the realm from the enemies of Azeroth. FOR THE HORDE!