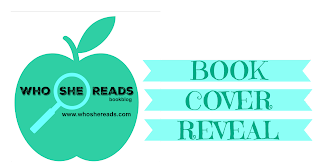 
When Tessa Talman meets Simon Fremont for the first time, not only is she attracted to him, she’s intrigued by how different their lives are. He’s a dedicated scientist, practical, pragmatic, and grounded—while she’s a head-in-the-clouds romance author. As their relationship grows, they agree to meet in places around the world, while continuing to live on opposite sides of the globe.
Though their feelings for each other deepen, their priorities remain the same. Simon is in a hurry to be financially sound and settle down, but Tessa is enjoying her freedom and newfound success. Neither is willing to give in, but as each goodbye gets harder, Tessa begins to wonder whether fame is the path to happiness, or if she has everything she needs in Simon.
Just as Tessa finds the courage to go after her own happily ever after, the unthinkable happens, separating them in ways they never imagined.
To move forward, she must let go of the past, and determine once and for all if love is truly more powerful than the pain of goodbye.

Author Bio:
Christine Brae is a full time career woman who thought she could write a book about her life and then run away as far as possible from it. She never imagined that her words would touch the hearts of so many women with the same story to tell. Her second book, His Wounded Light was released in December, 2013.
Christine's third book, Insipid, is a standalone that was released in June, 2014, and her fourth book, In This Life, released in January 2016.
When not listening to the voices in her head or spending late nights at the office, Christine can be seen shopping for shoes and purses, running a half marathon or spending time with her husband and three children in Chicago.