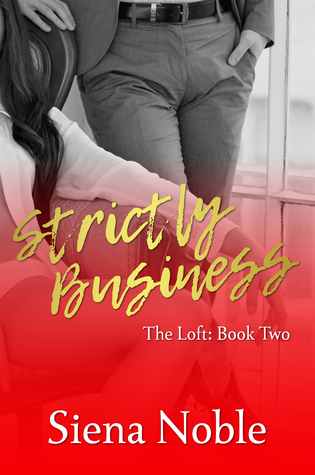 
It’s been almost nine months since the grand opening of The Loft, and it’s quickly become one of the city’s best-kept dirty little secrets. On the outside, the club’s owner Teresa Bodnar is living the dream: young, successful, and miles away from the nightmarish relationship she escaped from nearly two years ago. But on the inside? That’s another story.
After agonizing months of suppressing her true feelings, it took one passion-filled night for Tera to realize that she was in love with her friend, the deliciously dominant Eric Yun, a revelation that had her running scared. Months later, the two are closer than ever… and yet they couldn’t be further apart. Feeling that keeping both Eric and herself in the dreaded “friend-zone” is the only way to save the man she loves from worse pain, Tera throws herself into her work, determined to turn The Loft into the BDSM paradise she envisioned it as, even if she’s the only one in the club not getting any.
Enter Neal Drake. Rich, arrogant, and the kind of man who doesn’t take no for an answer, Mr. Drake is everything that Tera is desperate to avoid. He turns up at her club with offers of both a business and a personal nature that Tera would be hard-pressed to refuse, but along with his tempting offers he brings something much darker: eerie, painful reminders of a past she’d rather forget…
Ever since they met, Eric has only had eyes for Tera Bodnar. Too stubborn to move on despite his better judgment, he’ll take what he can get from the woman he’s fallen in love with. But he’s determined to be part of the happy ending he knows she deserves, even if she doesn’t believe it herself. Nothing will deter him from his goal, not even some billionaire bastard invading the safe haven that The Loft is supposed to be.
When Mr. Drake begins exerting his dominance outside of acceptable boundaries, Tera must confront her deepest fears, and it’s not just her heart that’s at stake. Friendships will be tested, limits will be pushed, and Tera will have to decide between taking a chance on love, and letting go of Eric forever…
**This book is the second in The Loft series and should be read after Whip Smart.**

Goodreads / Amazon
Grab book 1 – Whip Smart – for FREE for a limited time only! 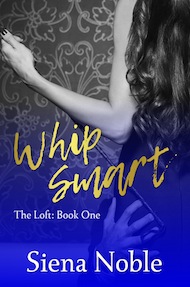 —
Are you a book reviewer?


Author Bio:
A proud Pittsburgh, PA area native, Siena Noble has explored and inhabited all kinds of fictional worlds through her writing since age ten. Although she’s always been a sucker for a good love story and possesses an incredibly dirty mind, she never imagined that her publishing debut would be erotic romance. What started as a silly short story idea quickly became something much bigger, a demanding Master of a manuscript whose every whim Siena submitted to.
When she’s not busy reading, writing, binge-watching Game of Thrones, or doing a million other important things, Siena enjoys traveling, archery, and getting lost in the woods (also known as “hiking”). She and her better half/writing buddy/sometimes Sir/sex muse live together in Pittsburgh. Their dream is to relocate to the middle of nowhere and build a castle capable of withstanding the impending zombie apocalypse.