Meant To Be: Pittsburgh Vampires Vol. 1 by author B.A. Stretke 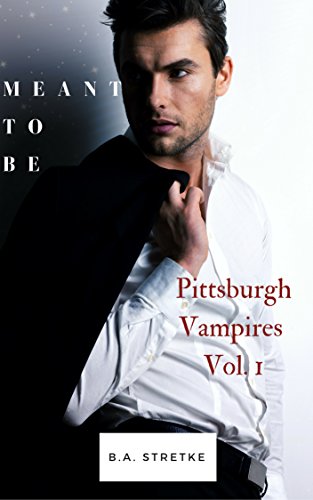 
Nikolas Hadden is the master of his universe. He’s the leader of one of the most powerful Covens in the Eastern United States and he owns the premier club in Pittsburgh, Pennsylvania. The Imperial Club is where one needs to be seen if they want to be taken seriously. Pittsburgh is a city of class distinction, entrance to the Imperial is the line between the haves and the have-nots. His position may seem assured but there are dark forces in Pittsburgh that would love nothing more than to take even a slice of the power that Nik has amassed for himself. In the midst of this power play, the last thing Nik expects is to find is his beloved leaning against a pillar in a hand-me-down suit. Nik is transfixed by the beauty of Walker Hall and makes it his mission to win the man’s heart forever. But Pittsburgh is a hard city and nothing comes easy, not business and certainly not love.

Walker Hall is a twenty-one-year-old auto mechanic from the wrong side of the tracks. He doesn’t have delusions of grandeur. He just wants a job he loves and a comfortable place to call home. When his best friend Stanley secures tickets to the biggest party of the year at The Imperial Club, Walker immediately feels out of his element. This isn’t his crowd and they are going to know it the minute they see him. Walker is floored by the raven-haired stud who swoops into his life and leads him on a night of passion and decadence. What Walker doesn’t understand is that Nik has designs going far beyond tonight and that he has just stepped into a zero-sum world of vampires, love, and danger. Will Walker accept the role destiny has chosen for him?


Pittsburgh is a hard city of hard choices.
Available on Amazon 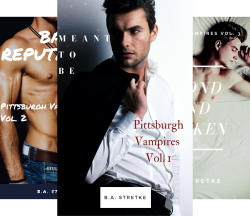