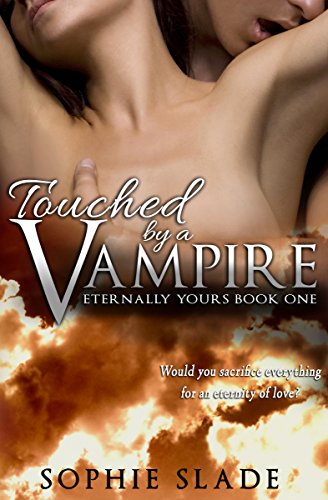 
WARNING 18+: This book contains material that may be considered offensive to some readers, which includes graphic language, explicit sex, and adult situations.

*NOTE This book is the first book in the Eternally Yours Series, but is complete and can be read as a stand-alone book.

As owner of the Caprice Casino and the exclusive Club Moroii, Lance has more money and heartbreaking good looks than any one man deserves. He soon introduces her to an underground world that she never knew existed, fraught with sex, booze, blood … and danger.


When Leila’s life crumbles around her, Lance is there to pick up the pieces … but her connection with him has a price. Can Leila leave the past behind and become eternally his, allowing her heart—as well as her body—to be touched by a vampire?
Available on Amazon  Kobo 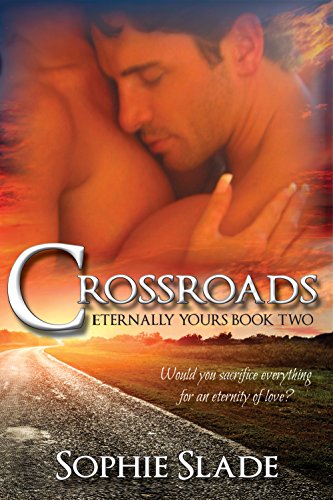 
This is the second in Sophie Slade's Eternally Yours series. Although this book can be read as a stand alone, it is advised to read the first book, TOUCHED BY A VAMPIRE (ETERNALLY YOURS BOOK ONE), first. This book also ends on a slight cliffhanger.

WARNING 18+: This book contains material that may be considered offensive to some readers, which includes graphic language, explicit sex, and adult situations.

SYNOPSIS: As the head of the North Vampire Coven and owner of Caprice Casino and Club Moroii, alpha-male billionaire Lance Steel has more money and incredible good looks than any one man deserves. He is a great husband and father, but he’s also a vampire. His wife, Leila, is human and his son is a dhampir—half human and half vampire—but in order to live a human life with his wife and son, he wants to become human again.

As a brilliant doctor and scientist, Leila has developed a sunlight serum, and friends Amy and Elias are working on a cure for vampirism, but is Lance willing to give up his vampire and become human again for his family? Or will his decision cost him the lives of his wife and son, and the destruction of his entire coven? Which path will he choose at the crossroads?