The Vampire Secret (The Amarant Book 1) by author Tricia Barr 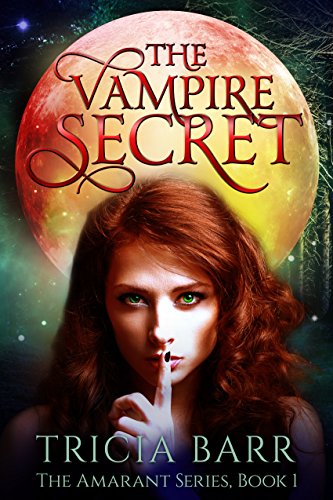 
Fans of Twilight and A Shade of Vampire are sinking their teeth into this exciting new vampire romance!
A fictional world brought to life, a dark romance that promises eternity, and a secret that threatens to end it all.

Crimson Wilkinson is a teenage girl who, having survived a dark childhood, finds her escape in reading a popular vampire series. After some investigation, she becomes an active part in the very true vampire stories the world thought were fiction and falls in love with their author, Nicholae Albaric, the sweetly lonely vampire celebrity. But her happiness is short-lived as she discovers she has a rare gene that makes the carrier extremely powerful if turned into a vampire, and she is targeted as the vampire community’s number-one most-wanted, some who want to kill her before she becomes a threat, and others who want to use her powers to their own ends.