Called by the Vampire - The Complete Trilogy by author V. Vaughn 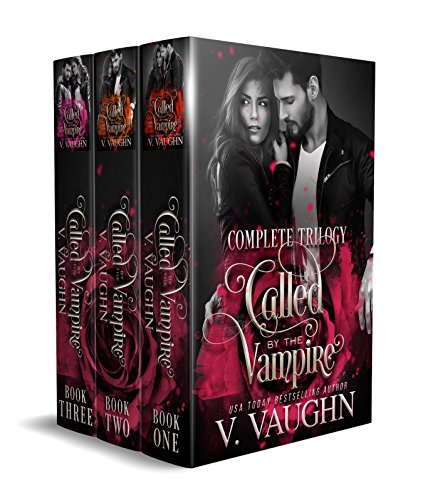 *This is the entire series of Called by the Vampire*

When Maggie Evans had a heart transplant, she received more than a new organ from her donor. She also got a piece of the woman’s soul and now, Maggie can feel emotions she can’t explain. Emotions that help her decide to take a job for Sebastian Hart in a dark mansion on the coast of Maine. When she gets there, she discovers her heart had a good reason to make her go.
Sebastian isn’t the only Hart brother who makes Maggie’s pulse quicken. His younger brother, Alexander, captures the rest of her. While having her affections torn between two brothers who are her bosses is complicated enough, Maggie also learns the men are far more than they seem. Now she’s trapped in a world she never imagined existed, and it could be the adventure of a lifetime, or a lifetime in hell.
Available on Amazon