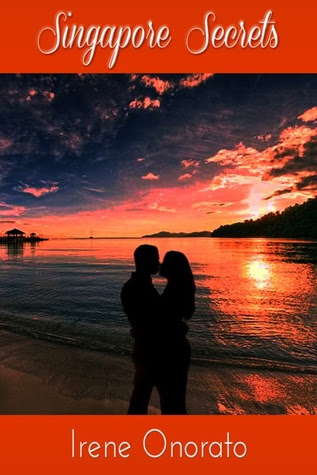 
Secrets . . .
Angry because her father, Louisiana Senator Jacob Windsor, has announced his engagement to Hollywood starlet Kara Bordeaux, Julia Windsor decides she’d rather leave home than be subjected to heightened security and a deluge of paparazzi. She travels to Singapore, severs all communication with those she’s left behind, and chooses to live a life of anonymity.
When Julia meets handsome Gabriel Davenport, she keeps her true purpose for being in Singapore a secret. The friendship that develops quickly evolves into something much deeper.
Julia marvels that she’s traveled halfway around the world to find love with an American man. But will that love endure when she discovers that Gabriel is a former Special Forces sergeant hired by her father to protect her?

Goodreads / Amazon / Barnes & Noble
—
EXCERPT:
“How could you even think of doing this to Mom? Or to me?” Julia Windsor folded her arms and turned her back to her father. An opaque curtain of tears blurred her vision. She would not cry. Not here, not now.
Her father stroked her bare upper arms. “I loved your mother with all my heart, but she’s been gone eight years. Don’t you think she’d want me to be happy?”
The sweet, consolatory tone of her father’s voice couldn’t ease the pain his shocking news inflicted. Her heart couldn’t be more shattered if it were made of glass. She shrank from his touch and stepped forward. “Why’d you have to ruin everything and ask Kara to marry you?”
Gentle hands guided her shoulders back around, cupped her cheeks, and lifted her face. Sadness filled her dad’s beautiful eyes—eyes the color of an azure sea on a cloudless day. “I love you, Jules.” A wistful smile barely lifted his lips. “And I love Kara too.”
Julia tried to pull away.
Her father held fast. “You’re twenty-three…hardly a little girl anymore. You’re a beautiful and intelligent woman. When you least expect it, a man will come along and capture your heart. You’ll be consumed with thoughts of him and him alone.” He smiled a little bigger. “Maybe then you’ll understand how I feel about Kara.”
Julia pushed his hands away. “I can’t deal with this. I just can’t.” She ran out of her father’s study, up the staircase that curved around the grand entryway, and hurried into her room. The click of the door latch triggered an avalanche of tears. Julia sat on the bed, took the framed picture of her mother from the nightstand, and held it on her lap. “Why did God have to take you from me? Who’ll primp my gown and fluff my veil on my wedding day? Who will I call when my baby gets sick in the middle of the night and I don’t know what to do? Oh, Mom, I miss you so much.” She hugged the portrait to her chest and wept more. 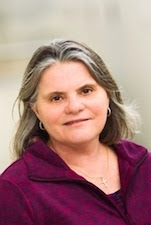 Author Bio:
Irene Onorato was born and raised in Bronx, New York. Her father, a first-generation American whose parents were born in Italy, was an Army veteran who had served with the 178th combat engineers during WWII. He told numerous stories of battles, hardships, tragedies and triumphs. The glimpses he gave into the hearts of many American warriors would later become the inspiration for much of Irene's writings.
In 1972, a few months after graduating high school, Irene met James Onorato, a soldier who had just returned from Vietnam. After dating two weeks, they married, raised three children, and are still happily married today.
Irene and James, both radiation protection technicians, retired from the nuclear power industry in 2014 and now reside in Louisiana.