Second Look book and its Free! 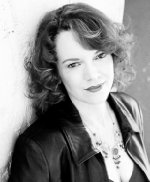 Today on Who She Reads we take a second Look at  author Rue. The first part of this series, it's not my favorite was published in 2014

It's not my favorite  (The Lake Effect Series) by author Rue 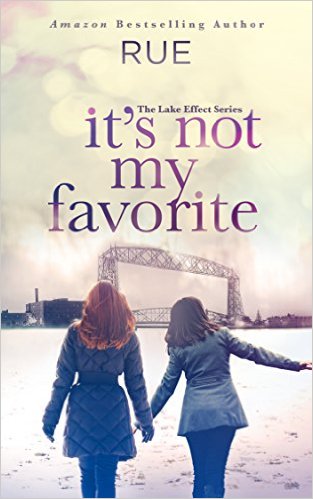 read it for free

The Hutchinson sisters grew up under the piercing, pious stare of a preacher’s wife. Plagued by her ever-disappointed refrain, “Well, it’s not my favorite.” Their search to find their own way in the world has not been a screaming success.

Gwenn is a good girl, a responsible girl…a miserable girl. Her steady diet of vivid fantasies is the only part of her life she enjoys. She daydreams of new parents, a more exciting job and an actual love life. She struggles to run a business as The Organizer, while she stacks relationship carcasses in the closet of her own completely unorganized life. Her only real friend is her younger sister, Rachel.

Rachel is outgoing, risqué and happily gay. The only people who don’t know this little secret are her judgmental parents, Pastor Ed and Shirley. Rachel struggles mightily to dodge her mother’s constant attempts to set her up with “nice Christian boys”; while holding down a job at the bakery and keeping up with her rock-star girlfriend!

Gwenn uncovers a photo that brings her imaginary world careening into reality. She’s forced to ask herself if wealthy artist, Daniel Gregory is the answer she’s been seeking or a grand delusion.

So grab your parka and join the Hutchinson girls, as they experience the Lake Effect in Duluth, Minnesota! Get it on Amazon for FREE


The second book is My favorite Second Chance 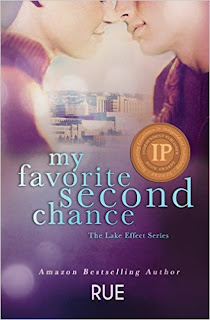 Have you ever wished for a second chance?

The Hutchinson sisters are out of the frying pan and into the fire—just like their mother always threatened!

Gwenn is floating in the dreamy, fragile glow of her new relationship with wealthy artist, Daniel Gregory, when a blast from her past makes a triumphant return. Sure, this is the same man who ran out on her over a decade ago, but can she turn her back on a war hero?

Rachel is on the brink of having everything she ever dreamed of, but that’s not how things work out for Hutchinson girls. Her rock-star girlfriend is leaving for a lengthy tour and something is afoot at the bakery. The righteous hand of her mother, Shirley, can orchestrate tribulations from halfway across town.

The sisters think they can run away from their troubles on a quick trip to the heart of Mexico, when an unexpected phone call shatters that illusion.

Filled with intriguing characters, plenty of steamy romance, and fun plot twists—MY FAVORITE SECOND CHANCE will have you flushed with anticipation, blinking back tears, laughing out loud and cheering for your favorite characters.