Sunday, March 06, 2016
Sunday is always as good a time as any to discover a new Christian Fantasy author. Hailed as the "Epic saga" in Epic sagas: 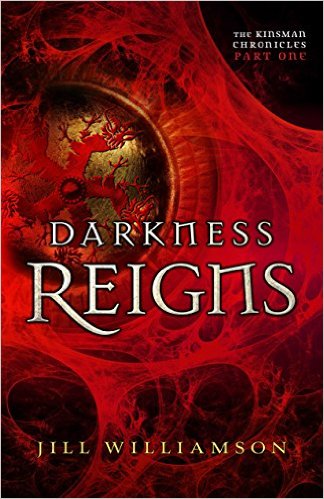 This edition includes the first three parts of the Kinsman Chronicles originally released as ebooks.
o Part 1--Darkness Reigns
o Part 2--The Heir War
o Part 3--The End of All Things
The gods are angry.

Volcanic eruptions, sinkholes, ground shakers--everything points to their unhappiness. At least that is what the king of Armania believes. His son, Prince Wilek, thinks his father's superstitions are nonsense, though he remains the ever dutiful First Arm of Armania.

When a messenger arrives and claims that the town of Farway has been swallowed by the earth, the king sends Wilek to investigate. But what Wilek discovers is more cataclysmic than one lost city. Even as the ground shifts beneath his feet, Wilek sets out on a desperate journey to save his people and his world. But can he do it before the entire land crumbles?
Get it on Amazon