While once again finding myself wandering aimlessly through the pages of Amazon Kindle section on the hunt for something that looks inspiring. I came across author D L Atha.

She has a nice little bevy of Vampire stories to keep you (when I say you, I actually mean me and all the other fans of vampire stories) busy on this rainy weekend. 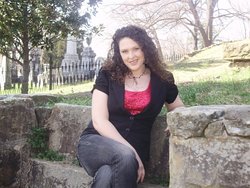 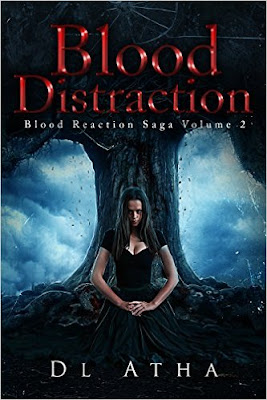 There’s only one sin in the vampire world. You don’t kill your blood maker. But Annalice wasn’t thinking about the long term consequences when she ran her maker, Asa, through with a stake. She was just trying to survive and get back to her family. And who could blame her? A week before she had been a level-headed working mom trying to survive the busy hours of a medical practice.

Now she was battling for survival in a world that she knew nothing about. Distracted by an unending hunger that she can’t control and struggling to outwit a renegade detective bent on exposing her darkest secret, Annalice loses the one person that matters, her daughter. When she’s found by her maker’s estranged brother, Levi, her situation goes from bad to worse. She’s got to stand trial for Asa’s final death and Levi’s the only judge.

Can she convince him to let her live? And even if Levi doesn’t kill her, there’s always the Detective. Available on Amazon 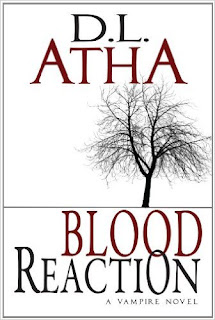 Annalice, a single mother and physician, is ready to immerse herself in the mundane chores of her farm as a diversion from her hectic professional life. But she becomes the victim of a home invasion, the supernatural kind. Vindictive and cruel, Asa, a century old vampire, takes brutal control of her life and home.

Forcing her to strike a bargain in exchange for her daughter's life, Annalice must not only accept his presence but also bow to his depravity. Facing threats to her only child, she relies on her skills as a physician to unravel the clues to the vampire's existence, attempting to beat him at his own game.

Caught in a race against a genetic timeline, Annalice struggles to survive the Blood Reaction. Available on Amazon

For The Sake of  Revenge 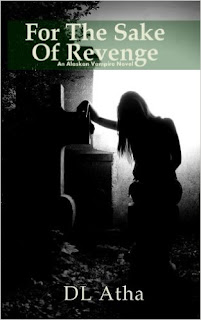 add it to your library

How far was Tamara willing to go for the sake of revenge? And who would pay the price? She didn’t know as she tipped the bottle of vampire blood up to her lips but she was about to find out.

Stepping off the ferry in Sitka, Alaska was bittersweet for Tamara Semenov. A decade earlier she had abandoned her mother and high school sweetheart, Peter, to marry a man she hardly knew only to find herself in an abusive relationship. Now ten years later, she had escaped with her life but at what cost. Her mother was dead.

Although the police had ruled her mother’s death an accident, Tamara was convinced her estranged husband was to blame and to make matters worse, she knows she is his next target.

While putting her mother’s affairs in order, Tamara finds the blood of a vampire named Adrik, who as a human was falsely accused of raping a wealthy Russian heiress and excommunicated from the Church. For the sake of revenge, he willing condemned himself to vampirism.

Learning that the blood could tie the living to the undead, Tamara seeks out a connection with the long buried vampire in hopes of striking a deal, his freedom for her revenge. Will he be the edge she needs to out maneuver her estranged husband or will she become entangled in a two century old web of revenge? on Amazon

Only One Way Out: A Short Story 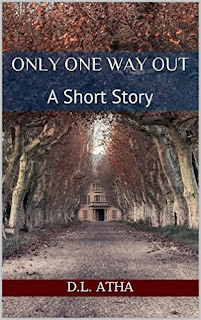 add this quick read to your shelf


Stranded on a Missouri road that holds little hope of rescue, Mara sets out in search of her own salvation. But what she finds instead is a house incapable of being remembered and a genteel woman seemingly trapped in a different decade. Is it Southern hospitality that draws Mara in or something far more sinister? Get it for Free on Amazon