Readers of science fiction and epic Fantasy. Here is an author you may want to take a second look at! Reviewers say no matter what genre you usually read, her books are great fun and full of adventure. 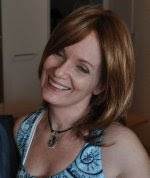 T C Southwell was born in Sri Lanka and her family moved to the Seychelles when she was a baby. She spent her formative years exploring the islands - mostly alone. Naturally, her imagination flourished and she developed a keen love of other worlds. The family travelled through Europe and Africa and, after the death of her father, settled in South Africa.
T C Southwell has written over thirty fantasy and science fiction novels in five series. Her hobbies include motorcycling, horse riding and art, and she is now a full-time author Read it for free

This series was published in late 2013

When a young peasant girl is injured while hunting, she meets a strange, magical man who is a member of a despised race – Mujar. Truemen scorn the shape-shifting unmen for their odd, humble ways, and envy their power over the elements. Mujar do not use their powers for good or evil, they simply exist, immortal and apparently purposeless.
Now a scourge is sweeping the land, armies of mounted warriors who cannot be defeated are wiping out Truemankind without mercy. They are known as the Black Riders, but no one knows where they come from or why they seem bent on exterminating every man, woman and child. Talsy traps the Mujar with gold, which has an odd effect on them, to make him help her, but her father intends to throw him in a Pit, from which he will be unable to escape.
Talsy does not believe the Mujar deserves such a fate, so she frees him and begs him to take her with him on his journey. He agrees, and they set off across Shamarese, continuing his quest to find an old hermit’s lost son. There is far more at stake than Talsy realises, however, and she has innocently stumbled upon the last free Mujar, who has the power to decide the fate of her race… Read it free

Read the rest of the series- 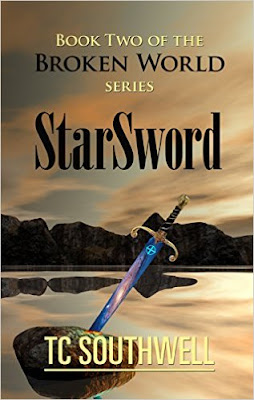 
Fate has changed for a chosen few, who set off across the Wilden Sea in a stone ship that Chanter created, heading for the Plains of Redemption to escape the Black Riders. When they reach the western continent, however, they find themselves in a land gone mad. The spirits of earth and forest have turned against Trumankind, and to set foot upon the soil is certain death.
Although at war with the land itself, men have survived by paving their streets and surrounding their cities with dried Earthblood. In doing so, they have enraged the souls further, and only the chosen are safe under Chanter’s protection. The Black Riders have also arrived ahead of them, and continue their deadly march across the land, slaying all Truemen in their path. Chanter takes Talsy and Kieran to search for more chosen, who are trapped in the safety of the cities.
The people strive to elude their fate, and a mad prince has inherited a pebble that holds the power to break the world. He sends men to capture Talsy in a bid to save himself, thinking that taking her hostage will force Chanter to protect him. To save her, Chanter does the unthinkable; he creates a forbidden Mujar weapon and gives it to the only warrior amongst the chosen – Kieran. The Starsword holds the Powers of Earth and Fire and, if it falls into the wrong hands, impossible though that should be, it could be used to break the Staff of Law.
Available on Amazon 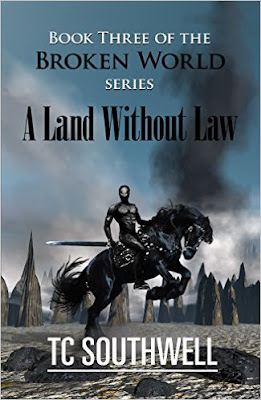 
The Staff of Law has been broken and the world will descend into chaos unless it is restored, but the pieces are scattered all around the world, and one shard is lost. Knowing that the world cannot be saved, Chanter creates a safe haven for the chosen, but Talsy refuses to give up. She persuades the Mujar to take her and Kieran on a quest to find the pieces of the shattered Staff, which means venturing into the chaos beyond the sheltered valley where Chanter keeps the world in order with Mujar laws.
Accompanied by warriors from a plains tribe blessed with the power to speak to horses, the trio traverse a wild and dangerous land where the natural laws have lost their power and deadly chaos beasts roam in search of prey. Nothing is as it should be, and waves of wild Earthpower sweep across the land, turning everything to stone. The Black Riders have become Ghost Riders, animated by the spirits of the Truemen they have slain, which they carry within them.
The dangers of the wild land take a toll on the searchers, and, even if Chanter finds the shards, the laws have been lost forever, scattered by the winds and turned to dust. Unless the Staff of Law is made whole again and the lost laws are restored, the world is doomed. Get it on Amazon 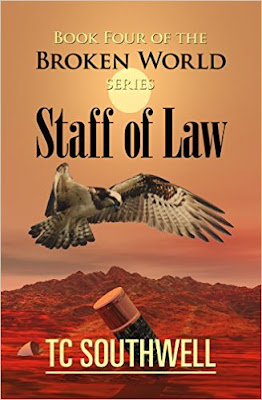 
Talsy and Chanter return to the peaceful vale, where she gives birth to his son – a creature of the chaos. Travain has stunted Mujar powers and a Trueman personality, making him dangerous and unpredictable, and he is also angry at his father’s apparent neglect. Mujar, however, do not care for their children, who are born fully formed and independent. Travain grows quickly, and is everything Chanter warned Talsy he might be.
Chanter finds the last piece of the broken Staff of Law and makes it whole, but the laws are still lost. His first son is born on the eastern continent they left behind so long ago, but he is blinded by strange golden lights in his mind. He names himself Law, and finds shelter in a hive of semi-ants.
The next generation are manants, and attack him, forcing Law to flee into the chaos. In his search for shelter, he travels to the western continent, where Truemen capture him. The wind informs Chanter of his plight, and Talsy insists that they save him. That means venturing into the chaos once more, and now it is far worse than it was before. Get it on Amazon

Author T C Southwell has 5 epic series under her belt

If you enjoy any of her series be kind and review 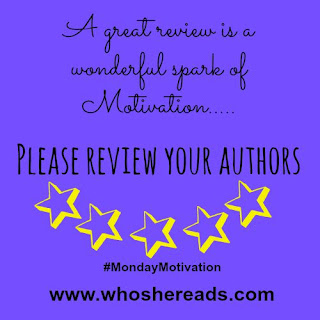