Saturday, January 09, 2016
Sometimes it's  all about the journey. Check out this fantasy YA  novel by author Rebecca P. McCray 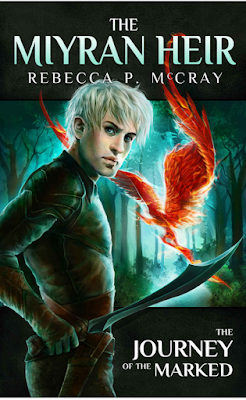 The Journey of the Marked (The Miyran Heir Book 1)

The mark means honor. The mark invites death.On a distant planet, Eros thrives in the Human settlement he calls home. Raised to follow his grandfather's noble footsteps, he studies the details of each species that co-exist here. But when the mark appears, he's called to fight, which changes his life forever.Forced to abandon his home, the mark makes him the hunted. He's attacked the night he arrives in the city. A tough, street fighter named Kenrya saves his life. When they join others on the same journey, her cynical attitude drives a wedge between the group.Given the perils facing them, can they put aside their differences and trust each other long enough to survive?Discover this epic adventure where an individual's unique abilities can change the course of the future.

Get it now on Amazon  or my Pinterest board Paranormal and Fantasy www.pinterest.com/whoshereads