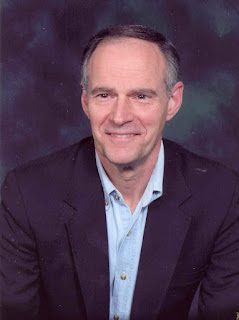 
In the Author's Words ::
I follow the author's maxim: Write what you know. For twenty years I knew Killers, junkies, weirdos and other felons.  Then Sam Jenkins mystery series takes real police stories and transplants them to a new venue.

So what's it about? ::
This book contains 5 mysteries
THE BOAT TO PRISON: Jenkins attempts to foil a plot to kill a Long Island union leader.
FAVORS: Lt Sam Jenkins mounts an investigation to learn why one of his civilian employees isn't happy about her promotion to police officer and uncovers a history of unspeakable crimes.
ODE TO WILLIE JOE: Chief Jenkins & the officers of Prospect PD Investigate UFO sightings,
ANGEL OF THE LORD: a serial killer
MASSACRE AT BIG BEAR CREEK: a series of brutal murders 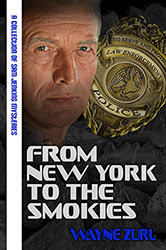 Willie Joe Ballantyne received a silver star and two purple hearts for his service in Vietnam. I knew this because around the 20th of each month, I'd see him take the medals to the Foothills Pawn Shop and get a few bucks to hold him until his VA disability check arrived. In addition to being a genuine war hero, Willie Joe was a raging alcoholic.
At 10:30 on a beautiful Friday night in June, Willie Joe landed in my soup. Half way through an episode of Blue Bloods, the phone rang. Sergeant Stan Rose spoke to me.

"Look, I'm sorry, boss, but he's insisting on seeing you personally."
"Why?" I asked. I'd been looking forward to going to bed at eleven o'clock and not spending quality time with someone arrested for public intoxication.
"I'm not sure. He's looped and talking about how you saved him in Vietnam,
and then he goes off on... You're going to love this--how tonight he saw a UFO and a couple of green spacemen."
"Oh, for chrissakes."
"Please, bawana, I be owin' ya fo dis."
"You can't schmooze me with your Uncle Remus act."
"I can try."
"You people take advantage of me."
"Who?"
I sighed. "I'll be there in twenty minutes."

Kate had opened the windows earlier that evening. Dry, seventy degree, invigorating air wafted through the living room at less than five miles per hour. If I had to go back to work, I'd do it in style. And so, Kate helped me put the top down on my restored '67 Austin-Healey.
She kissed my cheek. "See you later, sweetie."
"I won't be long, but I'll probably need a drink after this."
She kissed me again, this time on the lips and a little longer. "My poor boy."

I dropped into the driver's seat, turned the key and touched the starter. The big Phase Two engine grumbled and I backed out of the garage. Fifteen minutes later, I tapped my four digit code into the lock on the back door of Prospect PD. Stan Rose, all six-feet-four-inches and two-hundred and thirty-five pounds of him, sat in front of a computer in the squad room, completing the arrest package on Willie Joe Ballantyne.

"Where's our guest?" I asked.
He handed me a ring with two large brass keys attached. As soon as I opened the outer door to the cell block, a combination of body odor and the sour smell of a fully matriculated drunk assaulted me. I opened the inner bars and cranked open four casement windows across from the D cells.
After making enough noise to wake our only visitor, I watched him rub his eyes and struggle to get off the wooden slab we call a prisoner's bed. Unshaven and disheveled, sixty-four year old Willie Joe stood, swayed for a long moment, steadied himself and took a few steps to grab the bars that separated us.
"What's the haps, Willie?"
"Oh, Captain, thank God ya here."
His breath rocked me. I took an involuntary step backward.
"I'm not in the Army any more, Willie Joe."
"Yeah, but I cain't fergit how yew and yer men saved our bacon. I owe ya
fer that--ferever."
"Forget it, partner. We were just doing our job. Now, what's the problem
tonight?"
"Spacemen."
"Huh?"
"Yessir, spacemen. I seen two o' them, a'glowin' green. I seen 'em."
When I took the job as chief of police in Prospect, the local papers and TV stations told all of East Tennessee about the retired New York detective moving to the Smokies and taking over at a department recently scarred by scandal. A day later, Willie Joe walked into my office saying he recognized my name as the officer in charge of the Mike Force who reinforced his infantry platoon and drove away over two-hundred Viet Cong surrounding them. All that happened in 1969. Over the years, Willie's brain may have gotten pickled, but his memory never faded.

"Where'd you see these little green men?"
"In the woods jest north o' Crystal Creek an' half a klick east o' Prospect
Road."
"Place they call Campbell's Woods, right?"
"Yessir."
"What were you doing there after dark?"
"Takin' a shortcut home."
Willie Joe lived in an ancient single-wide behind a truck repair shop off
Sevierville Road, just a long walk from the center of town.
"Tell me what you saw."
"Two o' them was workin' in the woods."
"Doing what?"
"Don't know. They was short--real short, close ta the ground, doin'
somethin'. I didn't git too close 'cause I figgered they's armed.
"They had weapons?"
"I jest figgered. Wouldn't you be?"
I couldn't remember the last time I invaded another planet.
"You saw a space ship?" I asked.
"I looked fer one."
"Did you see it?"
"Mebbe."
Getting other than raw, unconfirmed intelligence from my soldier friend
seemed improbable.
"How much did you drink tonight?" I asked.
"A big bottle o' wine."
"Big bottle? A half-gallon?"
"I guess."
"Maybe more?"
"I kinda lost track."
Why was I not surprised?
"Some drinkers tell me they've seen pink elephants."
"I weren't seein' things, Captain, I swear." He clutched the bars tighter,
pressed his face against the bars and looked even more pathetic. "They's
little green men--least I thought they's men. Mighta been women."
I tried to dodge his breath again and felt the beginning of a tension
headache.
"What happened after you saw the green people?"
"Ran back ta town. Hardees' was the first place I found. I tried ta git
he'p, but nobody believed me."
"And someone called the police."
"Yessir."
"Because you got a little rambunctious in the burger joint."
He pushed the straggly gray hair out of his eyes and looked sheepish.
"Guess so."
Every time I see Willie Joe, I feel sorry for him and all the guys in the
same boat.
"You been eating regularly?"
"I git by."
"Got money for the rest of the month?"
"Some."
"The judge should give you from three to five days. At least you'll have
three hots and a cot for that long. You can dry out, too."
"I guess. But last time, when that trooper arrested me, I didn't like the
crowd in county. They's been letting in too many derelicts."
I rolled my eyes. "Take care of yourself, Willie Joe."
I turned to leave, but before I could lock the inner bars, he called out.
"Promise me, Captain, ya'll check that spot in the woods. Won't take ya
long--jest a little recon. Ya need ta save this town, an' I know ya kin do
it."
I just love public confidence.
"I'll look into it, partner. Get some sleep."
After I closed the cell block door, I tried to suck all the fresh air from
the hallway into my lungs. Back in the squad room, I handed the keys to
Stanley.
"Situation resolved?" he asked.
"Yeah, I'll take my ray gun and decoder ring into the woods and do battle
with the spacemen."
He laughed and hit the print button on the computer. Willie Joe's arrest
paperwork began to emerge from the printer.
"I'm a hopeless schlep, Stanley." I peeled off a twenty from the bills I
carried in the front pocket of my jeans. "Put this in the envelope with his
property."
"Got any free samples for me?"
"You owe me for interrupting my night."
"Dat's why y'all git da big bucks, Bwana."

What's on the Horizon? ::
New editions of four of my past novels and two
new full length mysteries: A TOUCH OF MORNING CALM &; A CAN OF WORMS.

Where can readers purchase your books or content? ::
http://waynezurlbooks.net

Any tips for aspiring writers? ::
Your writing MUST sound good. When you think you're finished, sequester yourself & read your story aloud. Do it slowly, as if you were a professional reader. Make sure everything flows smoothly. The sentences should have the correct number of syllables. The paragraphs must transcend smoothly. If you hear a "bump," go back, rewrite it. Make the story "sing" to you.

Find more writing by this author on these sites? :: Amazon/Kindle