This solid 5 star rated book is the 6th installment in this series. 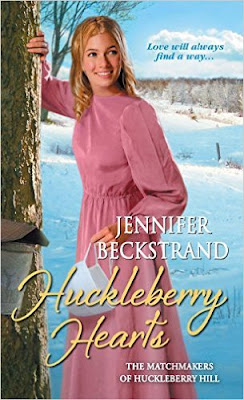 Young-at-heart octogenarians Anna and Felty Helmuth never miss the chance to find a perfect match for one of their grandchildren. And when their beloved Cassie returns to Huckleberry Hill, Wisconsin, Anna has a feeling they might soon have a doctor in the family…

Though Cassie Coblenz left her Amish community to go to college, Mammi and Dawdi’s farm will always feel like home. It’s the ideal place for an extended study break—at least until her grandmother’s handsome Englisch doctor becomes a regular distraction. Zach Reynolds is the kind of heartbreaker Cassie has learned to avoid, no matter how charming he may be.

Unlike every woman Zach has met in recent years, Cassie doesn’t fall at his feet. Strong, generous, beautiful within and without —she’s everything he could want. Yet the gulf between them deepens when a tragedy shakes his faith. Now the good doctor has one goal—to become a man who could be worthy of Cassie’s love…

If you are a fan of this author's work, you probably already know that she has started a new series due out in June, July and August this year but you can pre-order them now- just one-click below 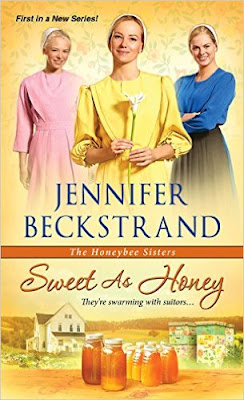 Smart, kind, and good-hearted, the three Christner girls are affectionately known as The Honeybee Sisters in the beloved Wisconsin Amish community where, under the care of their aunt, they've grown into skilled beekeepers--and lovely, sought-after young women. . .

Though she has blossomed into a beauty, Lily Christner doesn't really believe it. Deep down, she still feels like a lonely, gawky teenager. Maybe that's why she's all but promised herself to Paul Glick, the one boy who never teased her in her awkward girlhood--unlike Dan Kanagy, whose creative name-calling left her in tears many a time. Now he's back in town after two years away--and being surprisingly sweet, suspiciously attentive--and making Lily unsettlingly yet deliciously nervous. It seems Dan wants Lily's forgiveness--and her heart. But can he convince her--not to mention her protective schwesters and aendi--that despite the past, her future lies with him?... 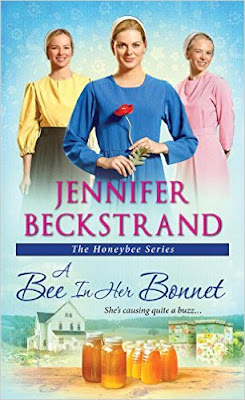 Their bees produce the most delectable honey in all of Wisconsin. And the three Christner girls are fondly known as The Honeybee Sisters throughout their peaceful Amish community--where their spirited sweetness is attracting any number of hopeful suitors. . .

Lively, determined, and independent, Poppy Christner isn't about to let some vandal keep making mischief on her family's farm. She's been outrunning boys and standing up for picked-on children ever since she was a girl--no matter how much her prideful, arrogant schoolmate Luke Bontranger insulted her. So Poppy certainly doesn't need his interference now, especially since he's made it plain he prefers demure, ladylike companions. In fact, if Luke doesn't stop helping her find the culprit--and growing humble and remorseful--she'll be forced to notice how handsome his change-of-heart is making him. And that could mean falling in love--maybe for a lifetime… 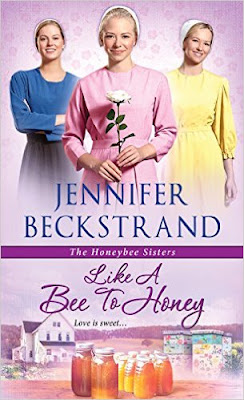