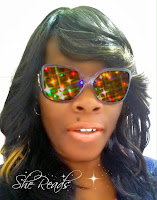 I received an ARC of this book from author Celia Aaron so I could provide an honest review of Magnate which is the second book in the Acquisition series. Before we get started, I must warn you this is a dark romance fiction and is written for adult readers. Things in this book may be considered too dark for some readers...if that's you...happily move along! Now that we have that bit of housecleaning out of the way....

Ok OMG....I cannot wait any longer to talk to you about this series. Magnate has been released! It came out yesterday. I consumed this book in less than a day. I gave you a whole day to get it read and I will try not to give any spoilers, but first, let me take you back to book 1 for a quick recap.

So Stella has basically agreed to be a slave for a year under the assumption that this would keep her father out of jail. Unfortunately, for Stella the exact details of her enslavement are doled out in horrifyingly bite size pieces, f*cking her mentally and physically in ways only the domineering Sinclair Vinemont can do. One minute she is being treated like a princess and the next reminded how trapped she really is.  Stella is owning her captivity, her decision, as best she can. It's the only thing she  can own. His brother, Lucius is like a piranha in waiting and Stella is even more fearful of him than she is of Sinclair. But we see a little something more happening between Sin and Stella. A glimmer perhaps of ...Nah,.....that can't be ....can it? Not from the monster that wants to possess her body, mind and soul. The one that wants to break her, make her bleed and then some....The one that was so cruel he forced Stella to make a decision that even I could not believe....read the review for Counsellor


So here we are in book two, Stella is whisked away to the sugarcane fields of Cuba. How did she get there from Louisiana? Oh you have to read book 1 to find out. Remember that WTF unexpected cliffhanger....Yep. That's how she got there and in the clutches of Lucius to boot. Suffice it to say even Sin was surprised. Sin was forced to tell Lucius the rules of the Acquisition...all of it.  While we the reader, are still pretty much in the dark. While the first few weeks are quiet and relaxing, no good thing lasts forever for Stella. She still has the Christmas Trial looming and she has to survive the drama that is about to unfold all around her. 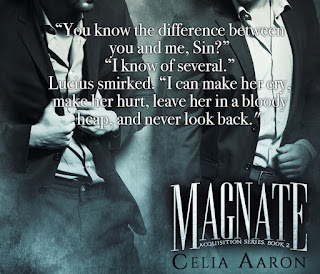 My two cents
Old money. New Hell.
So if you have been keeping up with the story, Lucius was chosen by the Acquisition (Stella) and now he is her owner. But as I explained in my book 1 review their dynamic is totally different than what she is developing with Sinclair. To him, Lucius, she is a means to an end, with no real emotional connection. He is as wicked, devious and sinfully handsome as ever. It seems more like the game he is playing is against his brother than against Stella. But with the issues happening at the plantation in Cuba, the Sugar Magnate is busy trying to maintain the business there amidst unrest, leaving the door wide open for Sin to walk right back in.

The Christmas trial is even more hellacious and devious than the first one. Even though it is revealed ahead of time what the last trial will be, there is no way  to prepare for the actual depravity of the event itself. In an even more sinister plot twist, her golden feather turns out to be a prickly needle in the form of a family member. The stakes are mounting. We don't know exactly how high until that fateful conversation with the Vinemont Matriarch.

In this second book a lot more complex emotions are developed and secrets are revealed. The tight lipped staff is beginning to trust us and Stella, and reveal a little more. Stella, will need every bit of resolve, strength and wit to get through this next trial.

This series just grabs a hold of you, shakes you like a ragdoll then releases you to lick your wounds in the hopes that it will soon start all over again. Author Celia Aaron has you reaching out desperately for more in this addictive, dark romance series. The wordplay and exchange of power is as exquisite and painful as it is dark and richly satisfying. I admit there is something addictive and twisted in the way I cannot get enough of this story and the way it makes my pulse race with every turn of the page. I am admittedly in a #bookhole until the next part of the series Sovereign is available.

I give this book 5 stars 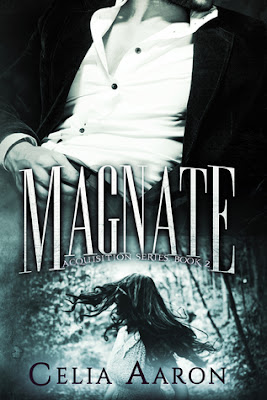 From Amazon...
Lucius Vinemont has spirited me away to a world of sugar cane and sun. There is nothing he cannot give me on his lavish Cuban plantation. Each gift seduces me, each touch seals my fate. There is no more talk of depraved competitions or his older brother – the one who’d stolen me, claimed me, and made me feel things I never should have. Even as Lucius works to make me forget Sinclair, my thoughts stray back to him, to the dark blue eyes that haunt my sweetest dreams and bitterest nightmares. Just like every dream, this one must end. Christmas will soon be here, and with it, the second trial of the Acquisition.