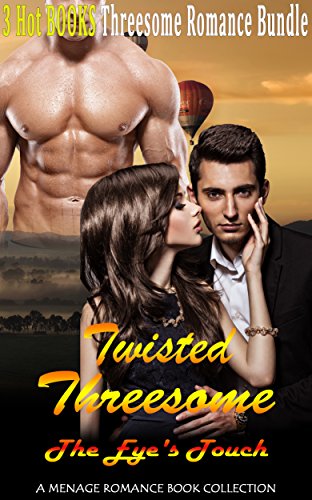 get this collection of 3 short romantic stories plus bonus stories

WE WERE THREE –Menage Billionaire Romance

Find out how they go from friends to official and don’t miss a minute of Holly’s star designer outfits, and their life in the riches as twists and turns snuck in behind all the flirtations and hot steam will have you dreaming your nights away in her shoes.

Cassandra Price knew how difficult the world could be, but meeting a dragon shifter at a bar was more outlandish than anything. She’d been celebrating becoming affluent virtually overnight even though partying wasn’t her idea of a good time. A high school dropout with no job and still living with her mother, Cassandra didn’t expect to be at the center of positive attention.

Lukas O’Hare certainly wasn’t expecting to meet a compatible mate that night. Unlike most shifters his partner wasn’t predestined. She was chosen…

Alicia had everything under control until she lost her job. She was broke and on the brink of being homeless until she accepted a job offer she would normal decline. She was to be a full-time live in tutor to a spoiled rich kid, but the real problem is not the job, but the employer: Mr. Gabriel Frank, CEO and founder of Sky Enterprises, a multimillion dollar shipping company.

Gabriel Frank was every woman’s dream: handsome, tall, dark and mysterious, with a big plus, he was rich. However, because his company doesn’t have time to look after and meet his daughter’s demands, that’s where Alicia comes in, as the new tutor.

Sparks of passion possess them from the very beginning, but they got much more to ponder before acting on their desires. Not only because of the employer and employee situation, but the social and racial difference. Things only get more complicated when a charming, adventurer, drop dead new lover pops into Alicia’s life.
Get it on Amazon