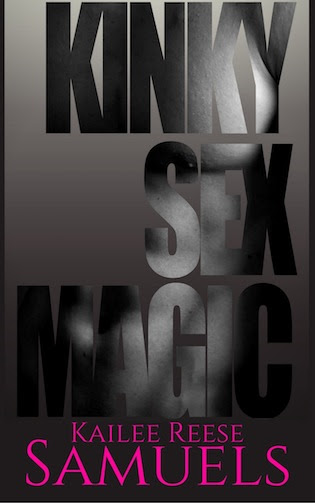 
Sex is sex. Love is love.
When Sal Raniero is contracted to find incriminating information on his former Mistress, the only payment he requests is the whereabouts of his best friend Iris Kettles. The friendship by day twists and turns into a turbulent love, but at night she craves his seduction.
Like a rogue eclipsed in the shadows, he stands guard, ready to attack. He’s following Iris, watching her eat and sleep, flirt and f@#k. Protecting and stalking, Sal keeps his submissive safe.
Fearing never deserving or earning his love and respect, Iris accepts her fate. She cannot let go with Sal. So she runs, unable to stop and face the truth in Sal’s eyes. His love unequal, he will always be there, chasing her down with relentless devotion. Pushing further away, Iris enters a dangerous game, confronting the men who want to hurt her body and hating herself for knowing the Master she truly needs to completely surrender.
KINKY SEX MAGIC is an author’s cut of select scenes from the novel Juliet. Kinky Sex Magic is new material unavailable in Juliet.
KAILEE REESE SAMUELS writes romantic suspense with an erotic flair. Let her words whisk you away, escaping with delicious guys, toe-curling kisses, and addictive stories.
WARNING: This book contains graphic BDSM, strong sexual situations, and explicit language. Contents intended for MATURE readers 18+ ONLY. 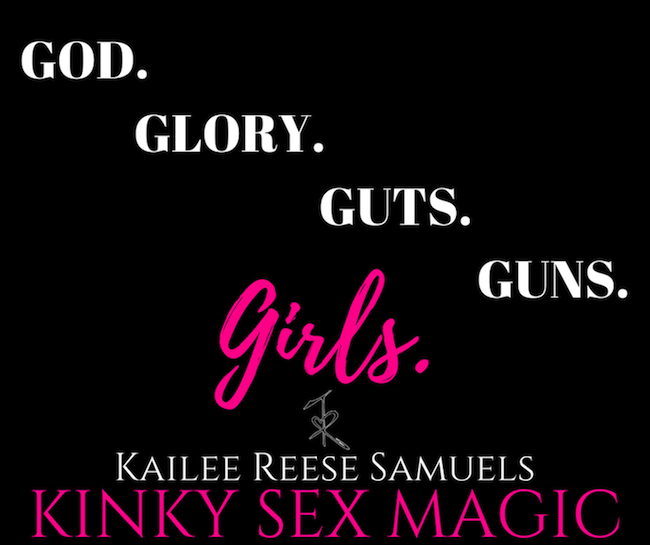 EXCERPT:
The Texas sun glared down in early June, unforgiving and tanning Sal’s already dark complexion an even deeper shade of sexy.
He always made a point of thoroughly cleaning Serene’s stables twice a year in June and December. His dedicated routine of daily chores helped make it easier, but it didn’t change the heat.
Emptying the stable at six in the morning, Sal worked the better part of the day, stopping to answer Serene’s business line, a call from Jack, and another interruption by Zoe, slowing him down to the point of frustration. Hot, sweaty, and filthy, Sal paced on the phone. With all the distractions, the clean-up took too damn long.
He picked up the call for a longtime client of Serene’s, wanting to schedule her for a week in Florida after the Fourth of July. As always, Sal handled the call professionally without any hint of his personal struggles.
Jack called to ask Sal if he’d like to go to Houston early Friday morning. He had a consultation with a colleague for plastics work on a patient and a gala art reception Saturday night. It hadn’t been unusual for Jack to grab the young version of himself, hightailing it away for a few days. Typically, that involved Jack’s sports boat, fishing, and copious amounts of beer, but a classy weekend would work, too.
Sal never knew who he might meet when they went out dressed to kill. Those rich little bitches loved him, and well, he didn’t mind their money. Spending a night with an over-middle-aged-trying-to-be-twenty-something poshed-up, plastic doll was never a bad time.
Sure, there were things he would rather be doing, but work was work—his talents and body provided a privileged life. Sal never bit the hand that fed—unless she asked and paid for the service.
When Zoe brought him a bottle filled with ice cold tea, Sal knew she had ulterior motives, a sweet inquisition about his latest little flirtation with her new friend, Iris. She flipped a five-gallon bucket over, plopping her ass down. The questions turned into an interrogation, but Sal knew her curiousness translated into caring. Zoe acted like his baby sister, and it would have been odd for her not to say something, especially considering Sal nor Iris could seem to keep their eyes off one another.
Zoe pointed out, “She’s been gone almost a full week, and you haven’t said a word.”
Sal moved small bales of hay, feed, and gear back into the straightened stable. Opening the bottle, he took a long swig as his arm muscles flecked in dirt and shimmered with sweat. Wearing ripped jeans with his rugged, worn belt, boots, and now stained, white tank top, he looked hot.
Zoe knew he showed up many a woman’s dream, but to her—Sal held the role of her older, very protective brother. Her bro who developed quite a crush on one Ms. Iris Kettles.
Wiping his mouth off with a bandanna, he shoved it in his back pocket. “Z, you know girl… She’s just another applicant to Juliet. Iris is nothing special.”
Zoe stood up, ready to fight. “Bullshit, Salvatore! You and I both know she’s not just another notch in your well-punched up belt. I saw the way you were looking at each other. There is something special there.”
“Heh.” Sal shook his head, taking another swig of the tea. “Okay, I concede there may be an attraction, but there isn’t much I can do about it.”
“You’ve been with her,” Zoe declared.
Sal shot Zoe a flabbergasted look of—who me?—like she caught him with his hand in the cookie jar. A slight blush rose up on his sweaty, grinning face.
“I have done no such thing,” he said, smirking and trying to evade the issue. Sal knew he couldn’t deny it. His thoughts raced back to the hotel. After Kate removed his collar, Sal held Iris in his arms after a serious heavy petting session. He decided not lie to Zoe.
“I may have stained her Midsummer dress… Just a little,” he proudly snarled.
“You are so bad.” Zoe laughed.
“I am not bad. I am just trouble, and ya, particularly with Iris. I do have a thing for her—a big fucking thing—I can do nothing about. She’s not looking for a boyfriend, Z. She’s looking to find out who she is, and I am not going to be the one to stand in her way,” Sal argued.
His phone went off in his back pocket, the simple message from Ella.
“Kaiser’s tonight.”
Taking a deep breath, he looked at Zoe, scowling at the phone and him.
“I know something is up with that message, too. And I think you better be careful, babe. There are a lot of murky, gray puddles in the land of Juliet. Don’t you go get yourself stuck in the mud now. If anyone hurts you, I swear to the heavens above—I will kill someone,” Zoe threatened.
“I’ll be good,” he said, finishing his tea. “Good, but trouble,” he flirted with a wink. 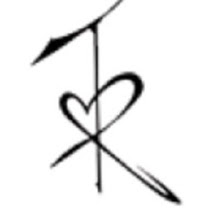