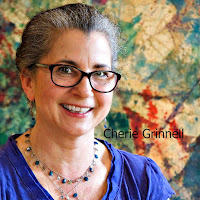 In the Author's Words :: I write romances from steamy to historical to mainstream. I've always had stories with complicated plots going on in my head from the time I was little. The love interest used to be a pony when I was younger. I have more mature images now. I am lucky enough to be able to write my stories down and share them, which solves a few problems for me: I
get to live in my fantasy world free of guilt, for instance. I not only
write romances, I read them, even in books where romance doesn't exist. I
can read a book like Gone Girl and want to encourage the characters right
to their terrible ends to "work it out!" I'm just a romantic at heart! I
sometimes have vivid dreams which have inspired two of my books.

Book Title :: Love with an Expiration Date: The Selkie Series Book I
Dublin

So what's it about? :: When American, Amanda McBride, impulsively takes a
temporary teaching position in Ireland, she is departing from her usually
cautious behavior. She meets the charismatic, strikingly handsome, Des
Costello, at a party and the sparks fly. Only this independent filmmaker
sets off all her alarm bells, and she is determined to keep him at arm's
length. He isn't looking for a serious relationship, but in his quest to
bed Amanda, he falls in love. Now he puts out all the stops to win her
heart.

Can we read a Sample? 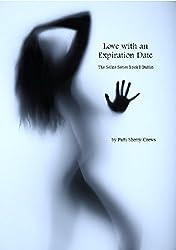 "So, why did this take so long to happen? Us, like this, I mean," he said.
"I'm here for work, and I'm here for a limited amount of time, so I wasn't
so interested in my--social life."
"How can you say that? I saw you at the dance, so to speak. I saw you out
on the dance floor with another guy."
"Yes, but that wasn't anything. I don't want complications in my life,"
she answered, disengaging her hands and turning back to her dinner.
"I'm not that complicated," he protested.
"Oh, you're rife with complications."
"Really?"
"You reek of complications."
"And, Kevin didn't?"
"I like you better than Kevin," she said, playing with the food on her
plate, shyly looking down.
"Well, then naturally you'd date him over me. It makes no sense," he said,
stopping her hand on her fork, and making her look at him.
"Eventually, I have to go back home. To America. I'll have to leave things
behind."
"Can we cross that bridge when we get to it?" he asked, moving his face
closer to hers, intense blue eyes penetrating hers.
"Can't technically cross it before you get there, can you?" Amanda began
nervously, as he moved in closer yet, a small grin on his lips. "That's the
point of the saying. Meaning, are you sure you want to continue down a
road, knowing there's going to be a bridge?" He started to slowly run his
big hands up her forearms. Frantically, fluttering butterflies filled her
stomach. "There's a point where you have a choice to find a different road
that doesn't end in a bridge. So, this would be one of those times.  You
might want to take a good look at the map first. Are you sure you want to
continue down this road?"
Des stared at her for a second. Then he blinked his eyes a few times,
shaking his head in confusion. He took both her hands in his.
"I'd say the genie is already out of the bottle on this one. For me," he
said.
"Are you taking the genie with you when you cross the bridge?"
"What?"
"It's just that for a writer, you're mixing your metaphors all over the
place. Dances. Bridges. Genies," she said, teasing him.
"Feel free to edit my work," he said, squeezing her hands.
"I just did. Also, there were some clichés."
"I'm going to kiss you now, and it'll be romantic. No question about it.
And I will stop your babbling," he said, leaning in toward her.
His mouth on hers, at long last, felt as good as she imagined it would.
The full, wide lips were soft, tasting of red wine. She melted into him,
parting her lips. His tongue found entrance, and she ran her fingers
through his silky hair in response, digging down to the roots as she pulled
him in closer. Groaning, his hands left her face, which he had been holding
and traveled down to her breasts, gently fondling them. Then, cupping her
through the fabric of her blouse, he lowered his face and ran his lips over
the swell of her bosoms. Drawing in breath, she shuddered with longing,
feeling the heat between her own legs pulsing.
He moved his hands to her thighs, pushing the hem of her dress up. She
opened her legs wider. He moved up further.
"Would you like..." he began, breathing hard through flared nostrils.
"To go home," she finished for him, stopping the progress of his hands
with a firm grip of her own.
"What?"
"I need to catch my breath. You're a little intense," she said, smiling at
him.
"Oh, come on! I've never waited this long for a woman before," he said, in
an irate voice, but also smiling.
"Poor you. Are you used to having your way after one dinner?"
"Pretty much. But anyway, this is more than about one dinner. I've wanted
you for weeks. You know that, I think," he said, running his hands up her
bare thighs.
"I know, but not tonight. I'm not ready."
"Yes, by all means, let's prolong the agony. The suspense is killing me.
Will she? Won't she?"
"She probably will, but it's not happening tonight."
"Okay, be that way, but I washed the sheets and everything," he said,
kissing her again.
"So sure of yourself! But I should leave now while I can, leaving admiring
your laundry skills for another time."
"Can I at least walk you home?"
"Yes, you can do that." 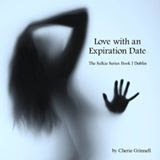 They walked through the Dublin streets, still busy with pedestrians at
this hour on a Friday night, he with his arm protectively around her
shoulders. They walked past Merrion Square and townhouses until they got to
the steps leading up to her own. When they got there, she stood on the
first step, so that she was eye to eye with Des. They embraced, exchanging
tender kisses.
Amanda ran her hands up his long, lean torso from his narrow waist to his
broad shoulders. He in turn put his hands up her shirt and fondled her
breasts.
"I have full access to these things now, don't I?" he asked, grinning.
"I don't know about full access. There are limits i.e., out on the street
being a good one," she said, punctuating the periods and the comma by
touching his eyelids and lips.
"Okay," he said, taking his hands away from her breasts and sliding them
down to her buttocks, pulling her into his groin, which had started to
swell. She gave a sharp gasp and ground her mouth into his while pushing
her hips into the bulge in his pants.
"Oh, no, you get none of that!" he said drawing an exclamation note down
her nose and then tapping her lips. "By your choice, not mine, I might add.
I'm going to take my leave now, while that's possible. But, I'll pick you
up tomorrow," he said.
"Yes, tomorrow. Good night and thanks for dinner."
"Sure. Hope you spend the night in agony. I know, I will," he said,
starting to walk away.
"I think I'll sleep well, thank you," she said.
"First chance I get, I'm going to fuck you senseless," he said, further
down the walk, his back to her.
"Courtly language, but I wonder when that will be," she said, laughing.
"Soon I hope. I have my hopes pinned on tomorrow," he said, walking away
further without turning around, drawing a giant question mark in the air.
"Hope you play your cards right. Goodnight," she called after him.
"Oh, I will, and then you'll be sorry you squandered this chance. I'm
built like a tripod," he said, waving back at her, walking away, and not
looking back. "Goodnight, sweetheart," she heard him call.
Amanda let herself in and fell against the door, letting out a deep
breath. Of course, she wanted nothing more than to stay with Des tonight,
but she told him the truth when she said she needed to catch her breath.
This man inspired equal measures of desire and alarm in her. His tenuous
situation as she saw it with his profession still nagged at her. Something
else nagged at her too, and that was how much she liked him, and this was
not the man to fall for. Yet, when he had called her sweetheart it made her
heart soar.
© Cherie Grinnell

What's on the Horizon? :: I'm a little bit in mourning at the moment
because I finished the final draft of the historical western I always
wanted to write. Its working title is Margarita and the Hired Gun.I really
loved working on that story, and it's hard to move on. When a rich cattle
baron has to flee for his life he puts his daughter, Margarita, in the care
of the only man he trusts, Rafferty, a hired gun. Rafferty is to take her
from Arizona and deliver her "safe and intact" to relatives in Colorado. Of
course the heroine and hero start out quarreling, but by the end of their
many adventures they are hopelessly in love.

Where can readers purchase your books or content? ::
http://www.amazon.com/Cherie-Grinnell/e/B00TJ19RN2/ref=dp_byline_cont_ebooks_1


Your favorite author (s)? :: Currently I an working my way through
everything Jojo Moyes wrote. I liek Kate Atkinson too.

Any tips for aspiring writers? :: What you always hear is true: write every
day. For me a turning point was entering the NaNoWriMo challenge to write a
novel in a month. My take-away was that I could do my day-job, keep
everybody in my family fed and clean, and still make time to write every
day. Carve out that time for yourself and give yourself permission to be a
writer. Build a community of writers so you can support each other when you
start to feel like you're crazy.

You can find Cherie Grinnell on  Amazon/Kindle and Goodreads