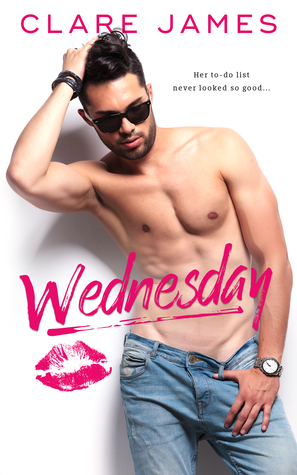 Her. Him. Alone. Beach house. Every Wednesday. Clothing optional.
Twenty-one-year-old Aria Prince has just moved back to her hometown to start over after a painful divorce. She’s always prided herself on being an early bloomer, but had no idea she’d be married, divorced, and the mother of a toddler by twenty-one. Surely menopause was just a few months away, especially considering the hot flashes and night sweats. Or was that just exhaustion?
Unlike her friends who were at school, going to parties, and sowing their oats—wild and otherwise—Aria’s days were measured in the number of orders she took at her family’s restaurant, the chapters she read in her nursing text, the amount of Cheerios she cleaned up off the floor, and the wet kisses she received from her son.
And that was just fine with her.
But when she began running into her former best-friend Tristan Green—who was home taking care of his sick father—at every turn, she remembered what it felt like to be just Aria. Not a single mother, or sleep-deprived nursing student, or royal screw up. And though she didn’t even have time to shave her legs, let alone consider a sex life, Tristan makes an offer she’d be a fool to refuse.
Each day they’d give themselves to those who needed them. Every day – except Wednesday. Wednesday they’d take what they needed from each other.
Did she forget to mention Tristan was gorgeous?
Or that they hated each other?
Well, you know what they say about the line between love and hate … it’s a skinny-ass bitch. The question was, could they keep their feelings out of it? 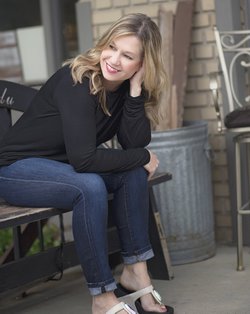 Clare is fan of spunky women, gorgeous guys, and super-hot romance, and spends most of her time lost in books. When she's not reading, you can find her locked away writing. Clare is also a former dancer and still loves to get her groove on - mostly to work off her beloved cupcakes and red wine. She lives in Minneapolis with her two leading men - her husband and young son - and is always on social media chatting with readers.

Sign up for Clare James's newsletter and be the first to hear about new books, bonus content and exclusive offers! http://eepurl.com/6PV7r

That is his request.

One day each week. Four days each month. Twelve days over the summer… if the arrangement would even last that long.

He looks at me and the disdain in his eyes has disappeared. Now they warm for me. No. Burn. They burn for me and through me.

Could I do this?

“Well, Aria,” he purrs in a voice I don’t recognize. “What do you think? Forget it all and become mine for one day?”

My brain tries to make sense of the sinful offer, but my body is already in motion – making my way to the man I once knew.

His eyes delight with each step I take toward him. His stance somehow opens for me. When I stop, however, to meet his scorching gaze, a wave of confusion washes over his face and gives him away. He’s not as confident as he lets on.

But when I answer his offer with my lips, it’s the last time I see any kind of trepidation. No, at that point I know – he will be in control from here on out.

And in a place very deep inside, I am relieved.

Tristan:
It was a crazy, exciting, brilliant – thought maybe a bit sleazy – idea. But it made perfect sense.   We were both stuck here for who knew how long, so why not make the most of it?
Tonight’s the deadline for her decision. Seven o’clock, only twenty minutes from now. Aria said she’d consider my offer, but I’m not sure I can trust her.
Still, I light the candles, straighten the bed, and hope.
And it’s excruciating. Whoever said anticipation is half the fun is a moron.
I need to show her what she missed when she left with him all those years ago. It was my fault, I know that now. I waited too long, and when I finally got the balls to do something about it, I was too late.
That’s when I learned that nice guys finish last. Always. Forget the chick flicks where the nerd triumphs and gets the girl – all that Michael Cera bullshit. Doesn’t happen. Unless you’re Mark Zuckerberg or Jack Dorsey, and are on your way to making billions.
I’m ashamed to admit that’s where my motivation came from. I thought I could erase Aria with another woman. But I knew I needed to make some serious changes to do that. It’s why I went to MIT. It’s also why I quit MIT to start my own company. And I why worked around the clock and spent every cent I had on my latest idea.
For women.
At least that’s how it started out.
And it worked. Once I got out of Dodge, my lanky body filled out and I became confident and successful.   Women were no longer an issue.
Not that you’d know that now. As the clock ticks closer to seven, I’m coming undone and clearly losing my cool.
Confidence? Out the window.
Upper lip? Beaded in sweat.
Nails? Chewed down to the quick.
Hair? A big, kinky 1970s bush, after continuously running my hands through it.
Balls? Blue, as they have been since she came back into town.
Yep, in the span of ten minutes, I’ve gone from Magic Mike to Jonah Hill.
Where are the assless chaps when you need them?
Pacing around the room, I listen as the waves crash on the beach outside the door. The door I’m willing to open with my Jedi mind tricks. Forget everything I’ve done over the past three years: the start-ups; the research; the hours behind the computer. None of it matters now because I’ve become a pathetic shell of my former self, like the kid I was in high school. The dorky computer geek who always landed in the fucking friend zone.
In less than a month, I’ve morphed back into that guy. Waiting on that girl. My mind races on an endless loop of insecurities. Will she do it again? Will she stand me up? Will she leave?
I know I shouldn’t care. I have options a-plenty these days. Still, I want her. One day is all I’m asking for. It’s all we need. One day a week. Four days each month. Fifty-two goddamn times each year.
On the other three-hundred-fourteen days, we could go back to business as usual. She would pretend not to notice me in town and I’d pretend that I hate her sweet little ass.