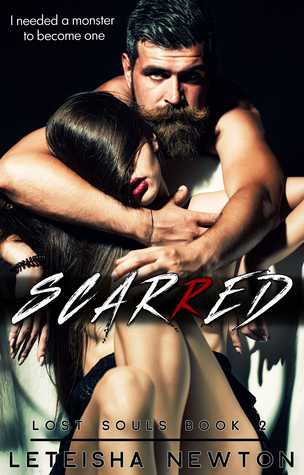 Synopsis:
They told me about Ethan.
He’s no good.
He only knew darkness.
He’s a killer.
But that’s exactly what I need.
Only a monster can turn me into one. I’ve bled and screamed. I’ve been the victim too long. The scars that are visible only conceal the more painful ones on the soul. If he could help me save myself and learn to fight again, then he can have whatever he wants from me. My body. My soul. My heart. Later, he’ll realize that I had the better end of the bargain.
WARNING: This is a dark romance. It contains violence, filthy words, dubious consent, and potential triggers for readers. Please be aware of that when purchasing this book. This story is about being careful what you ask for, because you’ll get exactly what you need, instead of what you want. 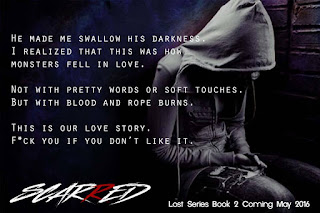 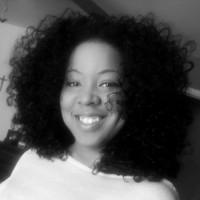 AUTHOR BIO:
So I think this is the part where I'm supposed to say something super cool, win you over, and make you my life-long superfan...OR wait, is that how I am about my anime collection?

Basically, I'm an author, blogger, geek, and villain lover (Joker IS MINE!). There shouldn't be any surprise then that I tend to love my heroes a bit broken, all messed up, and in need of someone who understands them just the way they are.

Ha, my heroines are right there with them. You see, love is nice, it's sweet. It can be all rainbows and glowing stars. And then it can be dark, twisted, hurtful, and feel so good you have to scream about it. So I write like that. From one side of the spectrum to the other, because that's real. That's life. And that's what we crave--delving into a fantasy world or not.

Don't miss out on information on new releases! Sign-up for the newsletter http://eepurl.com/olL9D 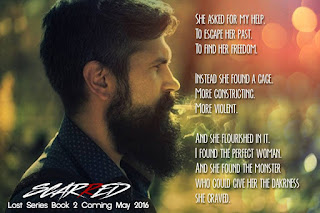 And here's a taste of what's inside

EXCERPT ONE
“It’s a little late for you to be working out still, River. Rest periods are for exactly that, rest.”
She slowed the treadmill to a walk and stepped to the side. Never turning around to face me, she took a swig from her water bottle and meticulously closed the cap.
“I don’t need rest. It’s been six months, Ethan, and I know that eventually Derrick is going to find me. I don’t have the luxury of resting.”
“Pantera,” I corrected her.
She turned then, watching me with a question in her eyes. “Why do they call you that?”
“Because it’s my name, and it’s the one you will use.”
“Ethan Kendall is your name, and I’ve been calling you that the whole time,” she said. She had fire, I’d give her that. But this was my world, my rules. Ethan was a man I wasn’t. A figment of a cracked memory that didn’t mean shit anymore.
“Do you know what Pantera means?” I asked her. My glide toward her was slow. I paused at random intervals, stalking her, pushing her. She was prey. She fought hard not to be, but I still smelled weakness on her, on the edges of her anger. She was always afraid, terrified of what was coming, and not knowing what the result would be. It was that fear that would destroy her.
That fear drew me in.
“Panther,” she said. “I looked it up on the laptop you gave me.”
“I earned that name, River. Carved it out in skin and made my enemies regret ever trespassing against me. What have you done? What have you been made to survive that would ever make you think you could stand on even ground with me?”
I could feel the heat of her anger, but it didn’t stop me. It couldn’t. Anger wasn’t what made me the demon that I was. It was pure, cold, unfiltered hopelessness forged into a blade to cut my way through life.
“You’ve never asked what I went through before,” she said.
I shook my head. “Because it doesn’t matter. I don’t care.”
“You cared enough to take me on after you saw me in the hospital,” she returned.
“That’s where you’re wrong, River. So wrong. I enjoy playing with my food. Your every breath marks you as a victim. Every time you freeze when Pavel attacks you from behind, I know you will fail. And every second you look at me with those fearful eyes, I know that whatever Derrick did, he did because you let him.”
She roared her anger, and I laughed. Even as she leapt at me, swinging her right fist hard, I enjoyed her anger. She was smart, sweeping her left leg to take me down, but I twisted my body into her so we were chest to chest. I sensed the shift in her stance and blocked her knee angled for my crotch and wrapped my arm around her neck.
“You can’t beat me, River. You never could.”
Two seconds. That was all it took to take her to the ground. And then she was under me, punching, twisting, and fighting to get away. I let her do nothing. I splayed out above her, pushing her into the mat beneath us. Then I gripped one wrist and planted it above her head. She fought harder, raking her nails down the side of my neck before I could grab that wrist too.
“You have claws, detenysh, but not like mine.”
I bit down on the soft spot of her neck, where it met her shoulder. Her pulse throbbed against my tongue. She screamed, but I didn’t clamp down. I didn’t need to draw blood or hurt her to prove my point. But, somehow, I lost what I had been trying to convey. Between her scent, filled with lavender, and the feel of her body against mine, I noticed her as a man would.
Her breasts were smashed against my chest, but I could feel their fullness. I was cradled in her thighs, a position that went from thinking of the fighting front mount stance, to darker needs. Blood rushed through my veins and pooled into my dick, short circuiting any rational thought.
I wanted her.
I eased my teeth off her and licked over the abused flesh. She froze, a casualty to my strength, my desire, and I couldn’t stop. I traced my way over her jaw and nipped her chin. Her small gasp was all the permission I needed to take her mouth with mine.
Flavor blasted over my taste buds. How long had it been since I kissed a woman? Since I felt one give under my hands? Of all the ones I’d known, I couldn’t place her taste. It was wild and free, and tinted with tears. I knew that place.
Between youth and cynical maturation brought on by fear.
I’d been there.
She was at a precipice she didn’t even realize. She wanted me to make her a killer and all I could think about was taking her body with mine. How fucked up was I that I wouldn’t stop?
I wanted to punish her for making me want something that shouldn’t exist in my life any more. My life was an abyss and she wouldn’t survive it. I hated her for wanting to make me try. 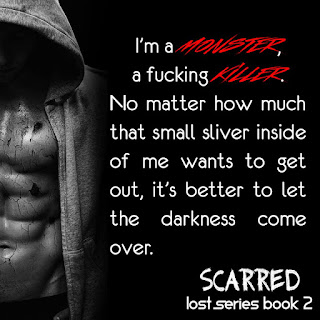 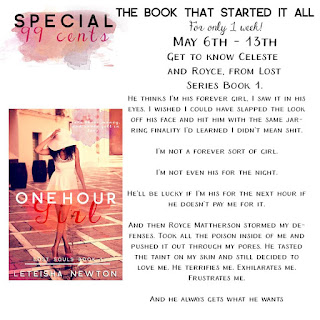 And now for the Giveaway

This new release sponsored by