Book Blitz: What Love Is 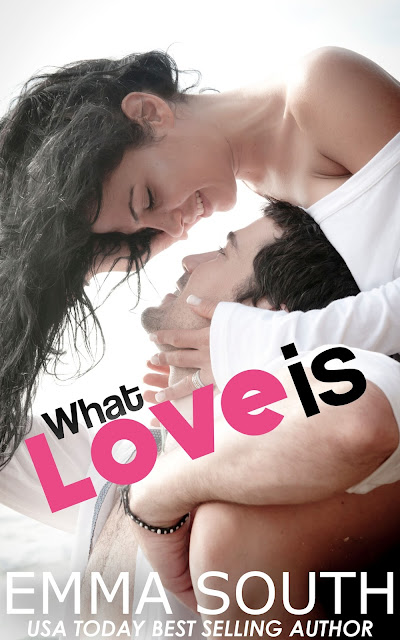 In this epic romance collection that spans eighteen years, the lives of six people will be changed forever.
Ask a million people what love is, and you’ll get a million different answers. None of them are wrong.
What makes a Marine take a bullet for a Hollywood starlet?
What makes a singer with a deep-seated hatred for the wealthy find herself smiling for the first time with a billionaire?
What makes a small-town princess defy death to be reunited with her small-town prince?
The answer is love. 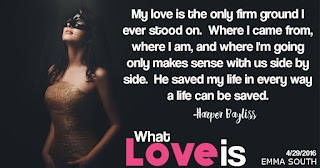 Please visit http://emmasouth.com/?page_id=31 to sign up for my newsletter.

I'm in my thirties and living in New Zealand. About 3 years ago I lost somebody very close to me. I was lucky in a way, I was given enough time to make a promise.  My promise was that I would never forget our young and innocent love, and it's a promise I intend to keep.

My writing is a way to help me keep that promise. I've always enjoyed writing but was forced into being 'prudent' and giving myself over to soul-crushing office work for the sake of a steady salary. Recent events forced me to re-evaluate my priorities and I decided to take a chance. I like to put little pieces of 'us' into my writing, from funny conversations we had, to apocalyptic arguments, to that special feeling you get when you hop into bed fully aware that your feet are freezing but your partner doesn't kick you away.

Even though these things are set in fictional worlds and attached to fictional characters, in a way it feels like I'm doing something that will make our love live forever. If somebody reads one of my stories and likes a joke or sheds a tear, then our love has lived on, and I thank any readers I might have for that. 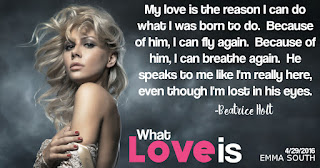 
A preview of the goodness to come... 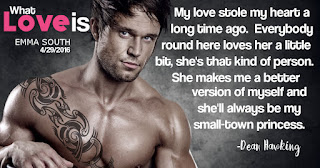 I hadn’t been held quite like this ever before, so tenderly yet with an unmistakable undercurrent of lust.  I’d had embraces in the past, in another lifetime, that meant all kinds of things.  Celebrations, commiserations, I-was-just-jokings, they’d provided so much I didn’t even realize until they were gone.
One minute they were there and then all of a sudden there were no more shoulders to cry on.  The shoulder that I should have been able to turn to was busy with other things, things that weren’t me, and that had maybe done the most damage of all.  That had hurt a lot.
“Are you going to hurt me too?” I whispered without even consciously willing it, so quietly that I didn’t think Jeremy would hear, but he did.
Jeremy stopped moving and I could feel him looking down at me.
“No.  Bea, look at me,” he said.
Jeremy let go with one hand and I felt his finger lightly pushing my chin until I opened my eyes and gazed up at him.  Jeremy’s brow furrowed and he shook his head gently.
“No,” he repeated.
I lost myself in his eyes for a second and then raised myself up on the tips of my toes to get closer to him.  Jeremy lowered his head and our lips met for the second time in as many days, a much slower kiss that soon had me as oblivious to the outside world as I had been while dancing just a few moments ago.
The song faded away and our lips parted as I heard the sound of a couple people clapping.  Our waitress was standing next to the young man who had been moving tables earlier and an older man, the owner perhaps.  They were all clapping politely, but only our waitress had a truly dreamy look in her eye.
When we had been interrupted the previous day I had been anxious to get some distance between the two of us as quickly as possible.  I didn’t feel that now, I didn’t want to be apart from him even a single inch. 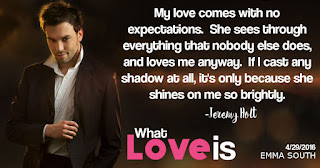 "The way you were looking at me, I thought I’d died and gone to heaven.  You were balancing on some of the other girls’ hands, up in the air with that big smile on your face, and I felt like we ruled the world.  You and I.”
I slowly walked over to Christie and I saw her shrink a little bit as she returned to the present.  When I stood right in front of her, she looked up at me like a deer in the headlights, totally unsure about what to do.  I saw that internal battle in her every move and tremble, the arms folding across her stomach defensively and the way she subtly licked her lips as if in preparation for a kiss.
With one last tiny step forward, I moved gently into her personal space.  I could smell that perfume of hers in the calm air and feel the heat of her, so close to me at last.
“You remember when I said I always loved how when you get pushed, you push back?” I asked.
Christie nodded tentatively.
“What I meant was, I have always loved you, Christie.  That day playing Newcrest was when I realized it for the first time, and you’ve been in my heart ever since.”
Christie looked down.  “I... that girl… is dead and buried.  I’m all that’s left.  I don’t think I can,” Christie paused on the ‘L’ word, “rule the world anymore,” she finished.
With a gentle finger under the chin, I raised her head until she was looking at me again.  “You’re alive, Christie.  I think you can.”
I moved my hand to her cheek, stroking it with my thumb as I looked into her eyes.  She was really here with me, unlike the phantom crowd in the grandstand.  Christabelle Jayne, the one that got away.  If I kissed her, would she kiss me back? 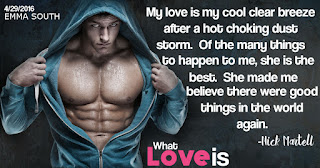 I sighed, feeling deflated, and looked up the sidewalk a little bit as the dry heat beat down on us.  Standing in front of a restaurant, just outside the ropes that cordoned off an outdoor seating area, was somebody that looked like trouble if ever I’d seen it.
Head and shoulders over most of the people around him, I could already see the tattoos, the huge arms, and the scruffy clothing.  If he was in one of my movies, he’d be a henchman for sure.
“Look out for that one,” I said quietly to Orson, who nodded and moved in front and to my left so he would be between myself and the big guy when we walked past.
As we closed the distance I could see that he had plenty of scars too, all kinds of cuts on his arms as if somebody had tried to scribble out his tattoos with a knife.  Violence, all kinds of bad things, probably followed this man wherever he went.
He looked up from some pamphlet in his hand, first straight across the sidewalk, and then at me.  Right at me.  Despite my misgivings, my heart fluttered.  He had far too much presence for a mere henchman.
Under the stubble, the tattoos, and the scars, or maybe even because of them, was a hell of a handsome man.  Every girl needs a bad boy in her past, I thought, and he could be my bad boy any day.
I dropped my gaze to the ground and fought back a goofy smile.  Now I really was being silly.


this book blitz is sponsored by