Book Review: Night of the Shadows: Murder and Mayhem 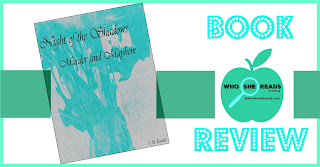 This is my review of author S. M. Randle's second book in her horror fest that is Night of the Shadows: Murder and Mayhem. At the time of this review I have not yet read the first book in the series.  (per the author it was not necessary) 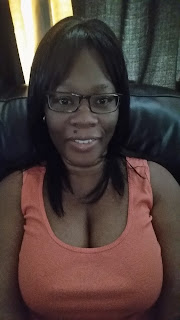 Before I  begin my review I must warn you that this is a horror suspense novel. There is violence, rape, torture and killing. If you are sensitive to these things or these are triggers, then please read at your own risk.

On that note, I would like to point out that the author's writing style made the horrible acts in this book palatable. There was a hint of innocence and simplicity in the author's writing which allows the reader to watch from a safe distance as the story unfolds and not be so utterly drawn in that it feels like it stains your soul. The word choices and descriptions were rarely, if ever, vulgar.


Let’s meet the characters shall we:

Bobbie Jean Pratt- upon first glance she looks, acts, smells and walks like a serial killer. But as the story unfolds, we get a  tiny glimpse into her past and we see that she is severely damaged and well... still...a savage, sadistic serial killer who scares other serial killers.

Sara -the little girl whose psychic connection helps her see the bad lady.

Chief Duager - the cop assigned and obsessed with the task of hunting down Bobbie Jean Pratt.

Jason- the well-to-do boyfriend of JT who manages to live through whatever happened to him in book 1. He is trying to live a normal life with his new fiance and plan a wedding while in a long distance relationship.. sans sex, with a side order of nightmares and violent outbursts

JT- the fiancé of Jason, madly in love with him, the good girl, who is not sleeping with the man, the other half of the long distance relationship, emotionally invested and planning her dream wedding while trying to love him enough to make sure Jason doesn't totally go off the reservation.

Keith- the new love interest of Barbara in Miami, but while he seems perfect...some things fall a little short

Burt- A rich stalker and cold blooded, perverted, serial rapist and killer who has fallen madly in love with Barbara. His obsession with Barbara helps to reawaken her baser self in Miami and is directly responsible for the climbing body count in Miami. This dude my friends, is f*cking nuts and sadistic! But even he realizes at one point that he may have gotten in over his head.

There are a few other minor characters but these are the main ones that carry the story. 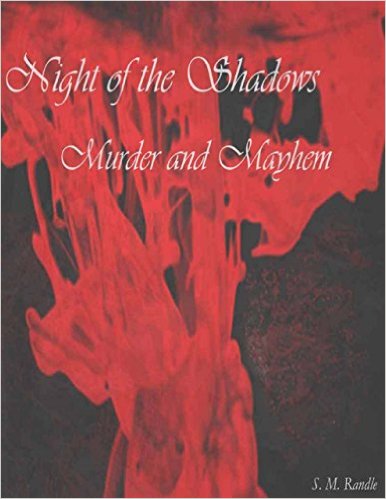 I went into this novel with no idea what I was in for. But soon found myself in the car with a crazy woman. And where was she headed? Freakin' Florida! OMG Seriously?!! Why do all of the lunatics either start here or end up here?....but I  digress. (takes a deep breath and shakes it off)

Thus, we are unceremoniously introduced to the MC Bobbie Jean Pratt as she makes her getaway after committing a gruesome crime. The story is told in third person and simultaneously tells the story of JT and her boyfriend, soon-to-be fiance, Jason, who miraculously survived the attack with his sanity hanging by a perforated string, the cop who is determined to find her and little Sara who is forced to 'see' Bobbie Jean through her psychic visions, in all its heinous glory, that is probably going to scar her for the rest of her life.

Throughout the book I kept wondering if there would be a flashback or something to take us back to the museum so I would know what happened. We get tidbits through Jason's nightmares. But all it does is build the intrigue and asks the question what did she really do? (so you probably want to get the first book Night of the Shadows: The Beginning)

Bobbie Jean Pratt goes to Florida and reinvents herself into an upstanding and almost model citizen named Barbara. She starts to fall for a really nice guy named Keith and you think ...awe... love will save the day... and the citizens of Miami- Dade.

Then along comes a stalker. And just like that Bobbie Jean Pratt  is baaacck!

Once you start reading, you aren't going to want to stop.
It's a straightforward telling of a story about a serial killer who was and then she wasn't and then she was again. It's a bit of a romance. We have multiple instances of love blossoming sandwiched in between big old slices of crazy murder and mayhem. The characters are all very well developed and there is a nice little game changer at the end that you will not see coming! There is no cliffhanger ending. The book wraps up nicely leaving no loose ends.

There are a few minor misspells and a few word choice repetitions, but other than that, you have got yourself one pretty damn decent dark horror and suspense story. This is a bit of a light read, despite the dark premise, so any teen to adult could enjoy it.

My favorite line:
"They should be talking about me," she yelled. How could they forget me that quickly?