Saturday, February 13, 2016
A firefighting dragon shifter and interracial romance to set your kindle on fire and a freebie inside! What's not to love? 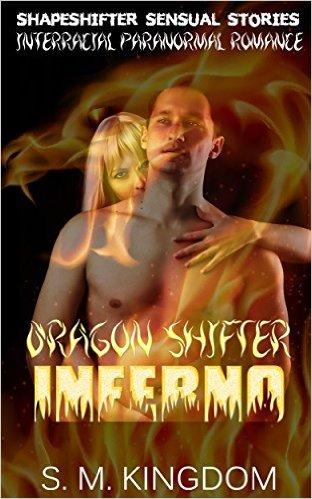 The fire at her office lands Amber Davenport in the arms of Kiro Matsuko, the chiseled Asian firefighter who pulled her from certain death. Once the fire dies down, the real sparks fly. On the road to recovery, Kiro and Amber develop a bond despite their differences. Having grown up in Asia, Kiro and his family were out of place in Ohio. Amber's religious right-wing family was completely against their interracial relationship. They didn't care what others saw; they only saw love.

After a few weeks of bliss, Kiro suddenly becomes moody and distant, pushing Amber away. Devastated and confused, Amber does everything she can to salvage what they had. But when a tragedy strikes and fire nearly demolishes their small town, she finally learns Kiro’s deep dark secret. After his secret is exposed, can Amber forgive him enough to save his life like he did for her? Or does she even want to?

Dragon Shifter Inferno is book one of Dragon Fire Dance Sensual Stories series. It contains mature themes and language. and is intended for18+ readers only.
Get it on Amazon