Sunday, February 14, 2016
When a non sports enthusiast like myself stops to blog about sports at 1 am in the morning... There is obviously something wrong!😠

I watched parts of the All Star Weekend with the hubby but after the first night I was kinda bored. It seemed really lackluster this year. The skills challenge and the 3 point shootout was interesting but the Slam Dunk Finale really woke up the event.

Admittedly I nodded off during the first part of the dunk off and missed the first few dunks but woke up in time to see what ended up being a travesty. 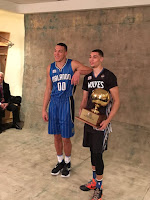 Aaron Gordon of the Orlando Magic was robbed.

Yes I said it. He was F*cking Robbed.

Did you not see the #AirCanada seat he took in your stadium? #AirGordon
Maybe you somehow missed the  Mascot on a hover board... on rotation?

Look at their faces and reaction....and what is this? Is that Zach with a look of total disbelief! I mean granted it's not this ... 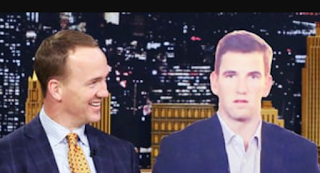 Quality of a slam dunk contest can be judged solely based on audience reactions. Aaron Gordon...😳 pic.twitter.com/jO2Gv2Rj4c 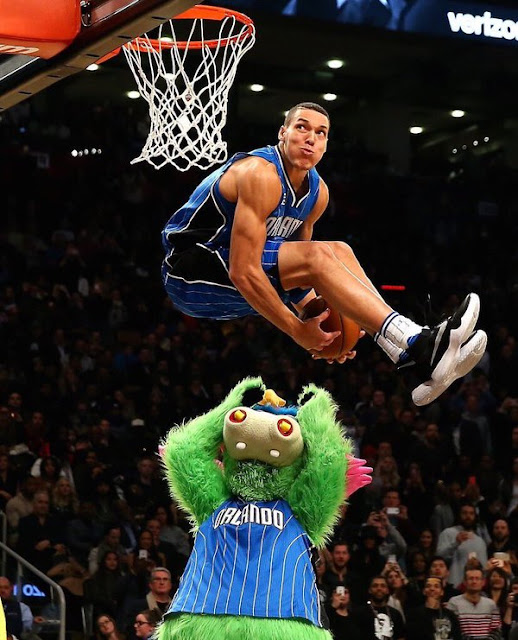 Pretty much everything afterwards that Zach did, was pale in comparison. He had some awesome technical dunks but C'mon Man. Anyone with eyes can see he was out dunked this year.

And Shaq why were you hating on AG in the first place. You left Orlando, get over it! We did!
For the rest of the panel if that dunk was a 48 then Zach Lavine definitely was a 45. You have to count something for flair. Zach was awesome but Aaron was better.
A tie would have been a slight disservice but Aaron Gordon losing was a straight up travesty.

And in the interest of this being a book blog; maybe Sports Illustrated will put this seated launch on its cover.