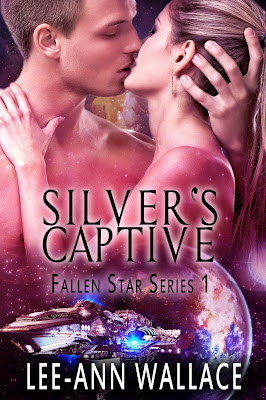 Determined to finish her studies and restart the search for her missing parents, Tarnee’s life is thrown into chaos when she is kidnapped by a silver eyed stranger. Held captive by the captain of a pirate ship, Tarnee finds herself drawn to him despite her need to get home.

Tor’Arr has been searching the universe for his one and only, the woman who will complete him and knows when their eyes clash across a busy space station that he has found her. He will allow nothing to stand in way of claiming her as his, not even his crew. Thrust into a dangerous world where she must rely on Tor’Arr to keep her safe Tarnee must decide if she’s prepared to give up her dreams to be with a man who can be anything she desires.

I stumbled back, my legs hitting the bed, overbalancing me. I sat down heavily. Shock coursed through me. The shape started to change, clothes starting to emerge, skin forming until the man with silver eyes stood looking at me.

His dark hair fell over the smooth plane of his forehead, the sharp cut of his cheekbones and the strength of his jaw highlighted by the soft lighting in the room. For a human, he was incredibly good looking. But he wasn’t human and I’d do well to remember that.

“What are you?” I asked staring into his silver eyes. 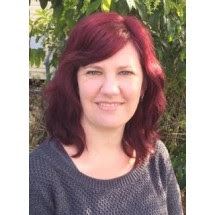 
Lee-Ann Wallace spends her days dreaming up sexy aliens to fill her stories with and drinking far to much coffee. She lives in a little house in Brisbane, Australia with her family and has set up shop at the dining table where she is surrounded by noise. When she’s not writing you can find her with her nose pressed to her phone reading a steamy romance.

This blast is sponsored by: