In the Author's Words :: My books are as warm and satisfying as a hug. They
are engaging, sweet, community based contemporary and paranormal romance
novels. I'm very fond of nerds... (:


So what's it about? :: Peace has reigned for so long, most beings believe dragons are mere myths, including elf professor Dr. Lindy Veles. After meeting attractive Dr. Alex von Schreider--a surly professor from a bear shifter family who possesses plenty of paranormal power, yet can't shift--things start to spiral downward.

Dragons are suddenly becoming all too real.
With the clock ticking, Lindy and Alex must surrender their misconceptions about themselves and dragons, and unite to begin the fight for their very existence. 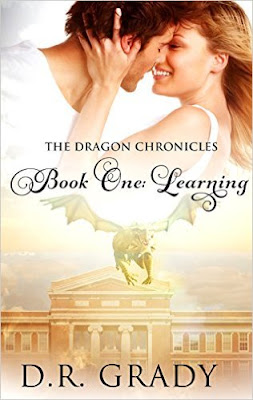 Content Sample :: Something long dormant awoke. With a horrifying snarl, it
shook itself and turned deadly eyes to the fracas. In an instant, the
creature inside her took over.

It shoved her deep as it sprang forward.

Staring through eyes not hers, it uttered a war cry that stopped the action
in the room. She snarled again, but not in her own voice.

Goosebumps popped out as Lindy's vision turned red-hazed while her entire
focus narrowed. She bared her teeth and spread impressive wings, also not
her own. The creature, with her trapped inside, reared up and then hurtled
into the space created by the high ceilings. A blaze of scarlet-like
lightning blasted from her mouth as she plunged toward the antags,
vaporizing everything in her path. The lethal cry erupted again, blasting
her ear drums, reverberating around the room.

The creature acted independently of her, with its own thoughts and its
power overwhelming her trembling elf. What do you want? It didn't deign to
respond. All she received was an overwhelming, purposeful intent.

The creature bore down on the enemy but it failed to discern between friend
or foe. The utter need to destroy everything in its path erupted with a
force so powerful it left Lindy thrashing inside.

The creature reacted, sending out bursts of light that evaporated whatever
stood in its way. This deadly light emitted from her mouth without her
permission.

Lindy tried to scream but nothing came out as adrenaline spiked and knocked
at her. Nausea swamped her as the light exploded around them, sent by a
creature with no brake, no compass as to right or wrong.

She had to wrestle control away from whatever this was.

The creature spun, sending out light like it was candy, a deadly substance
that didn't discriminate between antags or students. Careful, those are
students, don't hurt the students--
But the creature ignored her as if she were invisible and thus didn't have
a voice. Shaking and sweating, Lindy grappled for a way to reason with
whatever had taken her over.

Focused solely on the antags, the creature's intent beat at her like an icy
wind. Destroy, an inner voice chanted in a deadly litany, the tone so
powerful it plowed through anything listening.

Another snarl of rage, and the splintering of wood and shattering of glass
followed by more screams filtered through. No, don't hurt the students.
Watch Blythe, you'll kill her!

Ignoring her, the creature continued to wash the area in deadly, blood-red
light. Then another presence overshadowed and took firm control of the
creature.

He snatched hold with tremendous strength and enforced his will. By tamping
the creature, the sights and chaos erupting all around her were manageable
again.

Her vision cleared and her focus locked on the antags without the red haze.
They surged forward again, all intent on something that was by no means
normal antag behavior.

The insects swarmed purposefully. Their path of destruction made it evident
they weren't here for diplomatic reasons.

Someone had deliberately produced a very impressive army of veritable
fighting machines. But why? 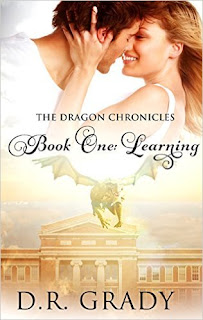 What's on the Horizon? :: The Dragon Chronicles: Healing, book 3 and the
final book in the series is scheduled to be released March 30th.

The Morrison Family series has two new books that should drop this summer.
Nerds Unite is book 10. And The Trouble With Nerds, book 11 is hopefully
going to come in the fall.

Where can readers purchase your books or content? ::
https://drgrady.wordpress.com/available-books/

Any tips for aspiring writers? :: The software writing program called
Scrivener is a great writing tool.

Also join a local writer's chapter. You will be encouraged and inspired and
learn things you will need during your writing journey. (And hopefully
you'll find a critique partner or two!) (: 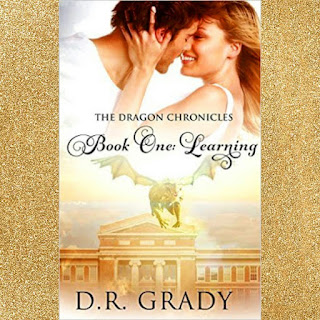 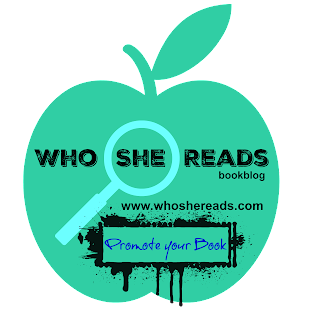