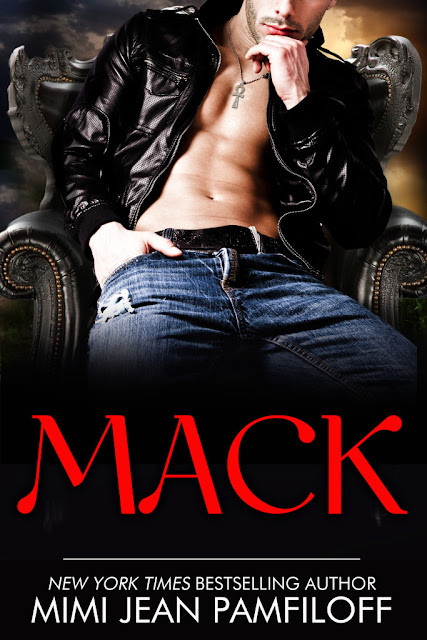 “THEY THINK KING IS EVIL, BUT HE’S GOT NOTHING ON ME.” - Mack

MY NAME IS MACK. And if I play my cards right, I will soon be dead. Permanently. Not even my powerful twin brother will be able to resurrect me. A good thing. Because a man like me has no business living. Not when I have killed. Not when I have betrayed everyone I have ever cared for. Not when I know I’m destined to do it again.

This is why I have come looking for her—the only one capable of ending me once and for all. But will she think I’m just another insane patient? Or will she believe the truth? I am thousands of years old, my heart too dark to be salvaged.
~~~~~
MY NAME IS TEDDI, short for Theodora. My entire life has been a canvas of grays, whites, and black. I can’t feel, I can’t understand joy, I’ve never truly lived. Until now. His name is Mack, and though he believes he’s cursed, my degree in psychology tells me otherwise. Besides, someone who’s capable of bringing so much light into my life can’t be anything but good.

(STANDALONE STORY – BASED ON THE USA TODAY BESTSELLING KING TRILOGY) 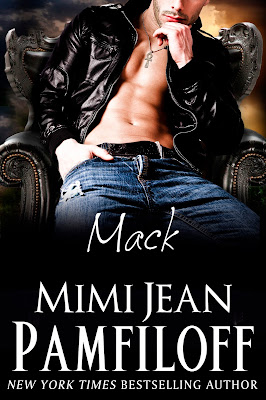 Darkness was the one thing in this world I didn’t care for—probably because I felt most comfortable with facts. Seeing objects equated seeing facts. There is the floor. There is the couch. Facts.

Guessing where things were—I think the leg of this table is around here somewhere—ouch!—was inefficient, useless. It was why nightlights were invented.

So when I entered John Doe’s dark room, the first thing I wanted was to bring in some light.

“Mr. Doe?” I said to the dark figure seated in the corner of the small room, staring at me like an eerie scarecrow waiting to frighten the shit out of anything that crossed its path. “My name is Dr. Valentine. I’m the new director. May I turn on the lights so we can discuss the reason you are here?”

“I asked not to be disturbed.” The man’s deep, masculine voice felt like a cold, chilling slap. Yet strangely, it was also…Well, I didn’t know really. Hypnotic, perhaps.

I squinted, my eyes straining to see his face but only able to make out his silhouette—broad shoulders, short hair, and fit-looking arms from the shadows of biceps I was able to spot.

“That’s exactly why we need to talk,” I said. “It’s come to my attention that you are not here to seek therapy—”

My mouth flapped for a moment. “I’m sorry, but did you—”

“I said leave,” he growled.

Sadly for him, intimidation didn’t work on me. Not that I was stupid and wouldn’t get out of harm’s way. The question was, did he intend to harm me?

“And if I don’t?” I asked, testing the waters. His response would tell me everything I needed to know. Reading people’s internal emotional state was another gift of mine.

I waited for a reply.

And then I waited some more.

He’s not going to answer me. Fine. This was silly and a completely unproductive use of my time. I would just have to see him with my own two eyes. My gift would do the rest.

“Okay. These lights are going—” I flipped the switch, and the moment my eyes met his, I was hit by a hard wave of… 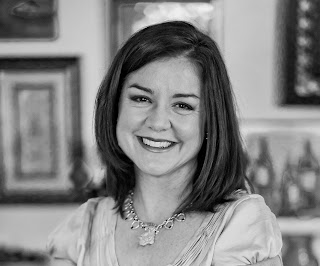 Mimi Jean Pamfiloff is a New York Times & USA Today best-selling author of Paranormal and Contemporary Romance. Her books have been #1 genre sellers around the world. Both traditionally and independently published, Mimi has sold over 600,000 books since publishing her first title in 2012, and she plans to spontaneously combust once she hits the one million mark. Although she obtained her international MBA and worked for over 15 years in the corporate world, she believes that it’s never too late to come out of the romance closet and follow your dream.
When not screaming at her computer or hosting her very inappropriate radio show (Man Candy Show on Radioslot.com), Mimi spends time with her two pirates in training, her loco-for-the-chili-pepper hubby, and her two rat terriers, DJ Princess Snowflake and Mini Me, in the San Francisco Bay Area.
She continues to hope that her books will inspire a leather pants comeback (for men) and that she might make you laugh when you need it most.
Sign up for Mimi’s mailing list for giveaways and new release news! :

Get Mack today on Amazon

You can also click below to enter:
Enter to win a set of the King series or a copy of MACK- a Rafflecopter giveaway